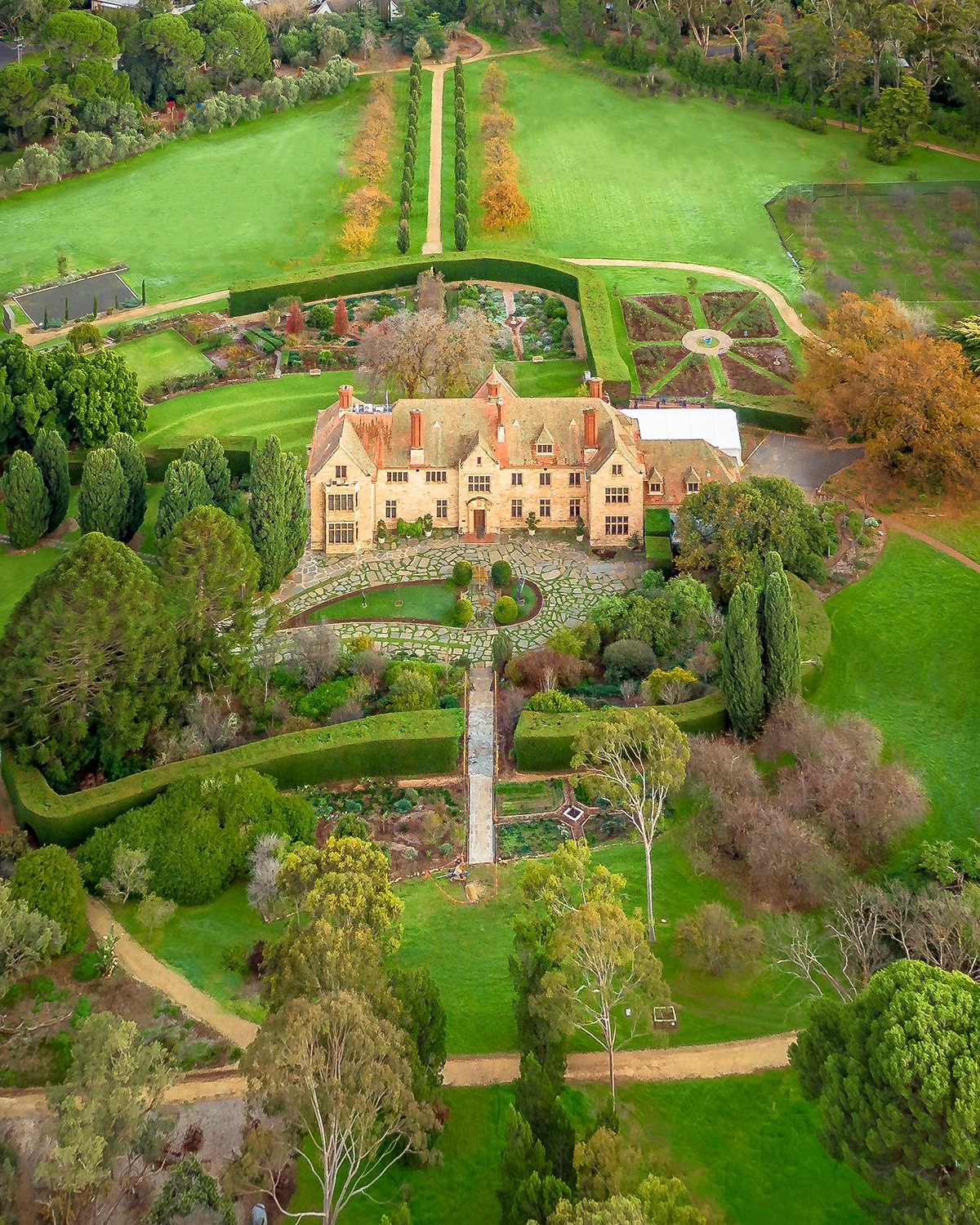 Carrick Hill is a publicly-accessible historic property at the foot of the Adelaide Hills, in the suburb of Springfield, in South Australia. The gardens occupy a spectacular but not very friendly site on the west-facing lower slopes of the foothills just above Mitcham village. The open site is fully exposed to the western sun all day; it is delightful in winter but merciless in the heat of summer. The soil is shallow Bay of Biscay on the surface, underlain by red clay and shale, before giving way to the quartzite rocks that are to be seen exposed in the quarries along the entrance drive. It is not the easiest place to make a garden of any size, let alone a large one the size of Carrick Hill, which comprises forty hectares (100 acres) of bushland, parkland, polo paddock, orchards, and extensive gardens.

The need for trees

First planted by Lady Ursula and Sir William ‘Bill’ Hayward in the 1940s, the original plantations are now around eighty years old, and some of the trees are going into rapid decline, particularly those that form the un-watered shelter and screening belts around the boundaries. The combination of hard conditions, shallow soils, and drought has seriously stressed many of the trees; some have died, some are dying, and some have blown over in gusting high winds. The advent of bigger and higher houses in the adjacent Springfield estate, coupled with the tree losses, has exposed the house and grounds to the point where the intrusions are marring the setting of the heritage-listed house. To address this developing problem, we have developed a plan to replant and make more dense the tree-scape of the estate. In late May of 2020, the first planting was made that will secure the plantations of trees at Carrick Hill for the future. 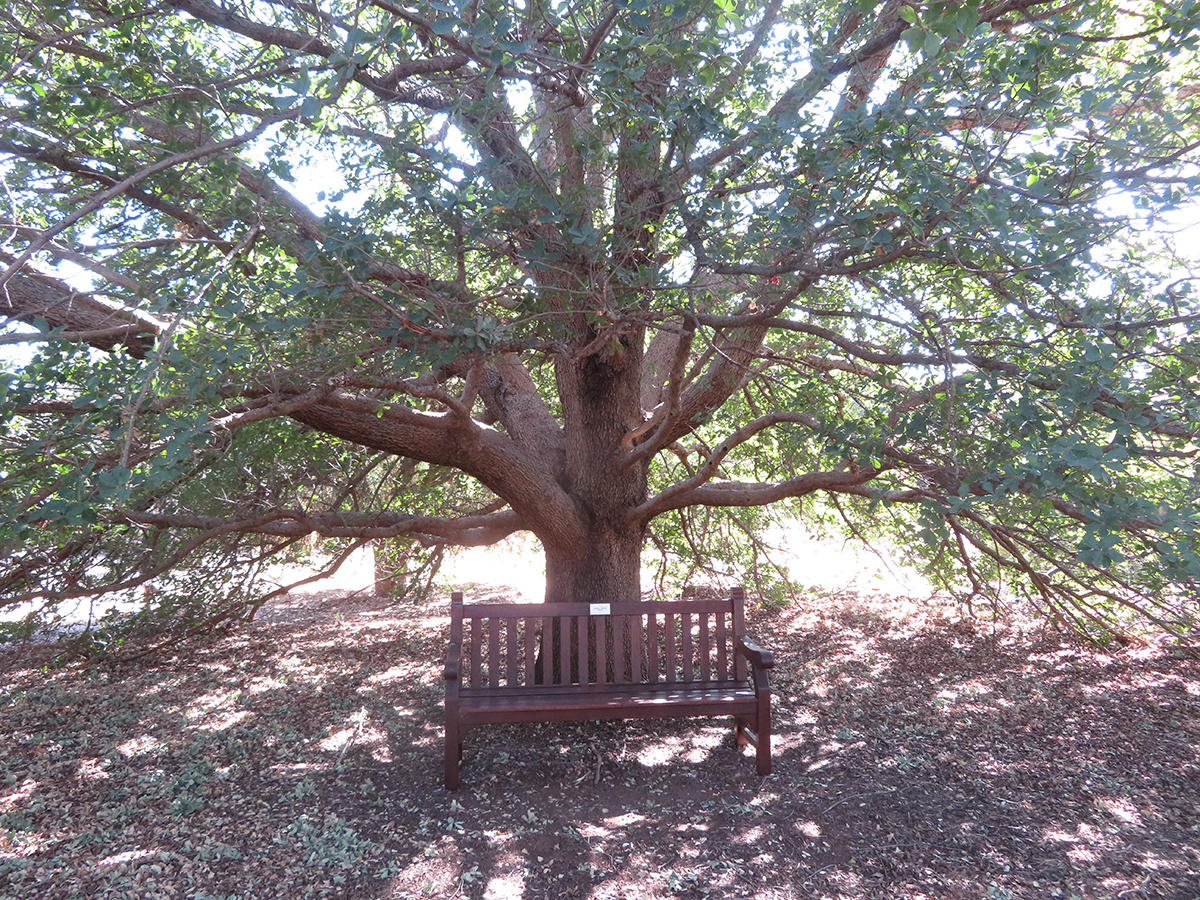 Some more general expectations were that the trees planted would enhance the tenets set out in the Carrick Hill Management & Development Plan; that the fire-resistance of genera and species would be a consideration, and that there would be no trees planted that had weed potential.

Researching possible candidates from the trees of the world began with a guided tour of the Waite Arboretum at the close-by University of Adelaide Agricultural Research Centre. The trees there are grown “dry,” receiving only rainfall. Newly-planted trees are irrigated for the first few years after being put in place, but after that, they are on their own. The exemplar provided by the trees grown at Waite was important background information. Waite scientists have developed a new mulching system in recent years and that, too, played a part in the deliberations about what could be planted at Carrick Hill.

Following up on first impressions was a two-part exploration; a consultation with the Curator of the Waite Arboretum confirmed that the impressions of the tree group of the Carrick Hill Gardens and Grounds committee were on the mark. The second phase of the exploration was less formal and took the form of noting where mature specimens of such trees might be found in South Australia; quite a few were found and identified and many had been planted in the 1880s, thus demonstrating the longevity of the trees the committee had in mind. 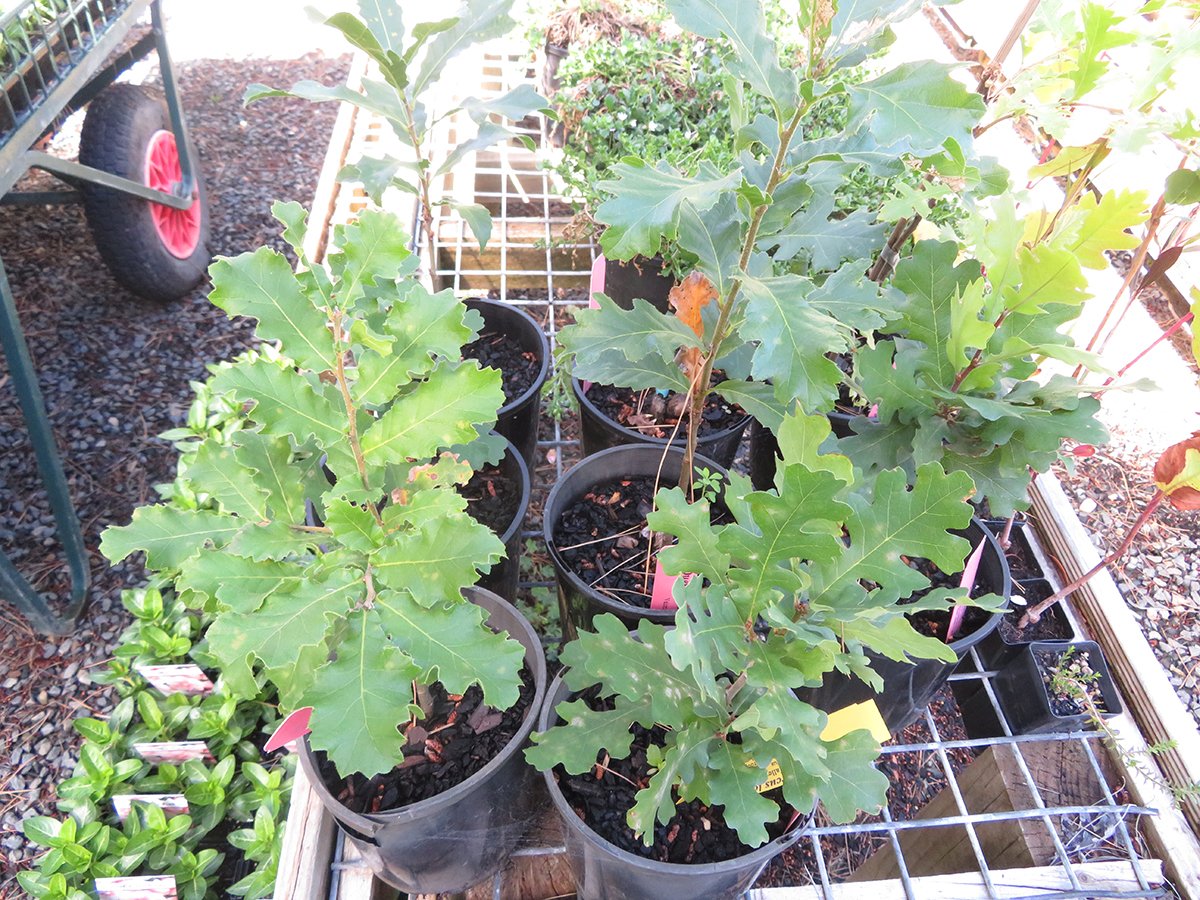 It is hardly surprising that these trees are native to Mediterranean habitats. The list of trees comprised:

At the suggestion of Dr. Kate de la Porte, the Curator of Waite Arboretum, several Australian trees were added to the list: Flindersia australis (Australian teak), Brachychiton populneus (Kurrajong flame tree), and Brachychiton acerifolia, (Illawarra flame tree). We felt these would suit the criteria and match well with the form and foliage of the other trees chosen. We are also considering including a small group of Bolusanthus speciosus (tree wisteria) from East Africa after seeing the fine specimen at the Waite Arboretum.

To maintain the momentum of the 100-Year Tree Project, three species of oak were chosen for the first planting: ten each of Quercus cerris, Quercus lobata, and Quercus ithaburensis ssp. macrolepis. The choice was simply one of numbers and availability. Oaks are not always easy to obtain in quantity, so the supplier has been informed of the species wanted for planting over the next five years, and some volunteers at Carrick Hill have offered to raise acorns gathered in the Waite Arboretum, with permission from the Curator.

Preparation for planting involved choosing planting sites for groups of trees that would effectively fill some of the gaps in the screening plantations, and digging planting holes. The soil profile indicated the need for a large auger to penetrate and break up the compacted surface soil and rip deeper into the clay and shale beneath, to make root penetration easier and improve drainage. We agreed that the hungry soil in the planting holes would be supplemented with a slow-release fertiliser and a generous dollop of compost.

Winter rains should see the young trees well settled in their new homes, and each has been afforded the benefit of a stout stake to prevent wind rocking on the exposed site. We will provide supplementary watering over the next few summers via a small water tank and hose mounted on the back of an SUV—a handy adaptation of fire-fighting gear.

A final act, yet to be completed, will be to apply a wide, deep band of coarse mulch, such as is made from chipped tree prunings, around each tree, not quite touching the trunk but to the drip line. In doing so, Carrick Hill is adopting research that has been successfully conducted by the Waite Institute in its arboretum over many years. Developed initially to save a famed avenue of elms from the impact of droughts, the practice has been extended to cover the entire collection of trees. 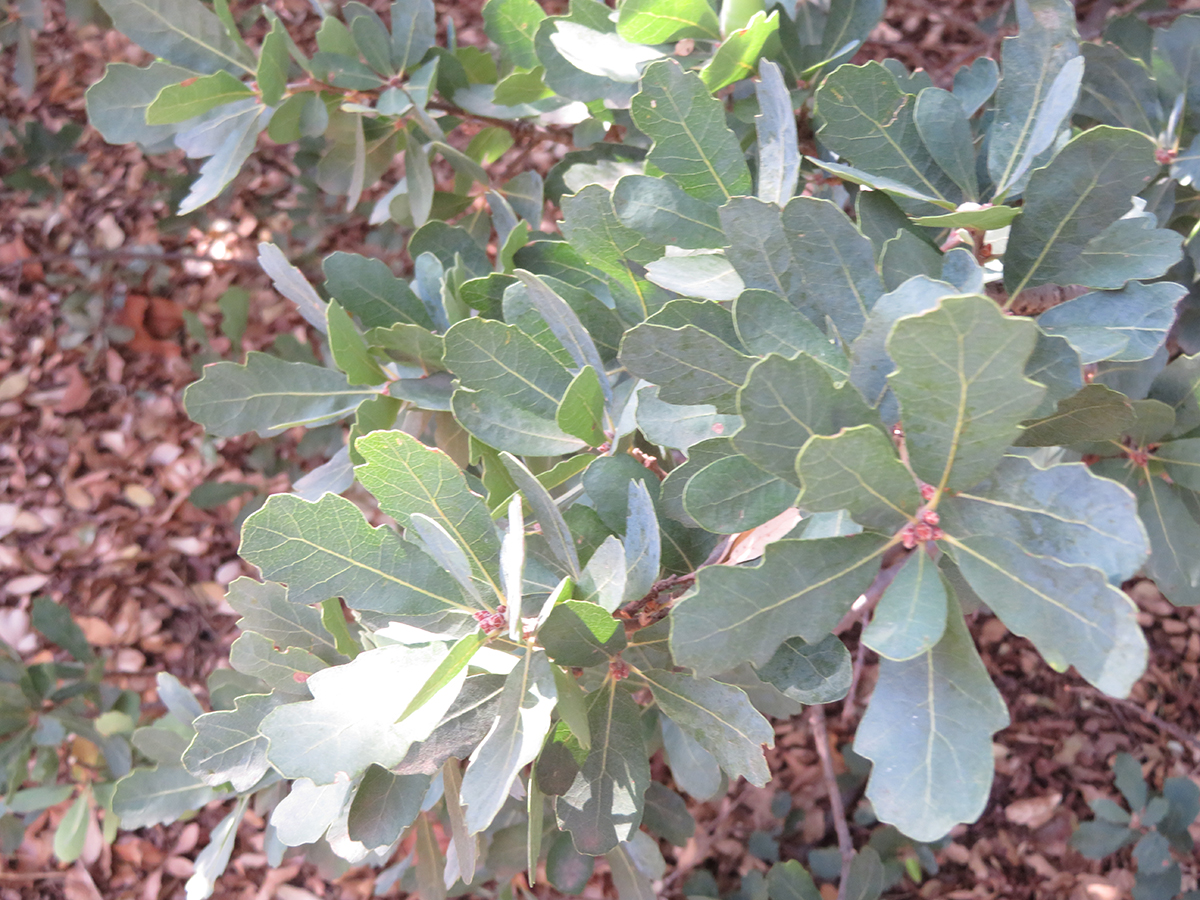 It remains to be seen if the herd of feral deer that lives nearby in Brownhill Creek Reserve will cause problems by browsing the young oak saplings; they will be prevented from gaining access to the whole garden area by a new deer-proof fence, but deer will leap.

While there can be no guarantees that the new tree plantations will prove effective in a changing climate that could generate sudden, unexpected, long-lasting, extreme conditions, the chosen trees have been selected with much forethought and planted with care. Consideration has been given to addressing the challenges through research and the best available insights gained through experience. It looks like an option much to be preferred to simply planting more of the sub-tropical and water-dependent trees that are evident elsewhere in public plantations around Adelaide.