My interest in orchids began in my early twenties with an occasional purchase at the floral market. In no time, I filled my small greenhouse with a variety of tropical specimens and began collecting every rare species I could get my hands on. I was addicted, under a spell others before me have been  entranced by. Through Dr. Stephan Brenneisen at the Zurich University of Applied Sciences, head of the Green Roof Competency Center, I learned about the spectacular native orchids of Switzerland and their spontaneous colonization of several green roofs. Because Stephan was  interested in natural  orchid habitat and  I was looking for an advisor, we began a fruitful mentorship driven by our common commitment to ecology, nature, and biodiversity. In 2008, I created my own green roof for testing orchid colonization using native topsoil removed from a neighbor’s garden when they built a swimming pool.

There are 25,000 well-known orchid species worldwide. Seventy of these occur in Switzerland, and all are under protective status. Orchids have adapted, evolved, and specialized  to some of the most inhospitable habitats on earth such as the crooks of trees, fruitless wetlands, and sparsely vegetated dry meadows. When fewer nutrients are present in the soil, obligatory fungi, or mycorrhizae, flourish and orchid biodiversity increases. In the last 60 years, over 90 percent of native orchid habitat in central Switzer- land has disappeared largely due to overfertilization, the trampling of orchid enthusiasts and photographers, and  overzealous collecting driven by handsome market  prices. A survey by Grunstadt Zurich (Green City Zurich), spearheaded by Bettina Tschander, began tracking biodiversity on green roofs in 2004. In 2009, I began analyzing the data and recorded 30 sites with orchids, housing 11 different species, all of which were on Switzerland’s endangered species “Red List.”

“I remember once being asked if I had ever done any work to improve orchids. I stared at the questioner for a moment or two fumbling for a reply. And then I said, perhaps a little impatiently: Improve orchids? But who on earth would dream of wanting them to be improved?”

Orchids are both beautiful and interesting indicators of healthy biodiversity and soil ecology. A single orchid produces many thousands of seeds capable of dispersing over hundreds of kilometers. The lightweight seed carries easily on the wind and its dissemination across great distances has been documented in historical events. For example, following the 1883 eruption of Krakatoa, orchids were the first flowering plants to be found on the island in 1887, just four years after the devastating event. In my work, I am especially excited by the discovery of the relationship between orchid seed and soil fungi. Over 90 percent of all plants in the world depend on mycorrhizae.  Orchids rely on this mutually beneficial relationship more than any other documented plant family. Fine filaments (hyphae) of fungi—each orchid species requires a specific mycorrhiza fungus—break through the swollen seed coat of the embryo and feed the endosperm seedling  vital substances such  as carbohydrates, proteins, amino acids, vitamins, and hormones that are necessary for germination.

Mycorrhizae, and other micro- and macro-organisms in the soil, called edaphon, are the determining factor for successfully establishing orchids on a roof. We have found that native soils with clay and silt compounds are essential for the edaphon to survive. Most of today’s green roof industry soils are composed of sterile baked shale or volcanic material, often sourced from foreign regions. The result is a barren mix devoid of these essential organisms. Here in Switzerland, a growing and promoted practice is building green roofs using native soils and  soil lifted from the building  site expressly to support  soil life.

Ideally, a physiological balance is created between orchid and mycorrhizae once the young seedling begins to sprout green leaves and photosynthesize. However, the increased and cumulative deposition of nitrogen in soil is the biggest antagonist for mycorrhizae systems. Fungi zealously multiply when nitrogen levels are high, parasitizing and destroying the partner orchid by completely digesting the seedling tissue. Our studies show that removing biomass is important to preserving orchid populations on Swiss green roofs, with numbers decreasing  if nitrogen-rich plant matter is allowed to accumulate for even one year.

Green roofs provide a valuable contribution to the conservation of Switzerland’s native orchids because they are not heavily trafficked by humans  and their soils can be managed.  These factors, together with natural orchid seeding traits, present ideal conditions for establishing colonies of these endangered species on green roofs placed throughout the region.

Many of Switzerland’s green roofs with orchids are over 30 years old and need renovation. To accomplish the work without impacting the orchids, we are developing methods  to transfer plants from existing roofs to new sites with similar conditions. Test roofs were prepared with native soils of different profiles—some comprised completely of native soil and some just in spots—with an average depth of 15cm. All of the test sites incorporated limestone gravel or other native substrates and were inoculated with mycorrhiza fungi. Orchids from existing roof populations as well as newly trialed species were produced generatively or vegetatively and transferred as adult or juvenile plants to their new adoptive locations. Between 2008 and 2011, twelve different orchid species  were transferred to these new green  roofs and monitoring has found that most of the transferred plants have survived in their new habitat; the Ophrys, Orchis, and Anacamptis genera have adapted especially well. There is hope for the almost extinct Anacamptis coriophora, which exists in only three locations in all of Switzerland.  Failure occurred where the correspond- ing habitat wasn’t fully respected. Such was the case with Himantoglossum hircinum where the soil profile was most likely too low, and with Anacamptis morio, a wet-dry orchid, that did not adapt to the arid and sunny conditions of its new site.

While often studied in native biotopes, until recently the influence of ectomycorrhizae (mycorrhizae that are symbiotic with woody plants) on orchids on green roofs has not been addressed. Further projects are now underway and will hopefully deliver the first empirical results for complex orchid species like Cephalanthera, Cypripedium, and others in the coming years.

As a horticulturist-turned-scientist, I am inspired to see  how my love of orchids can  promote the establishment of green roofs and change ideas about what traditional conservation means. My vision is that wildlife conservation programs, with the support of Swiss government agencies for nature conservation, might offer incentives for new or existing green roofs to be planted with orchids, with owner compensation contracts financially supporting the care of the endangered species on the roof. Given the chance to save some of the most beautiful plants on earth,  why wouldn’t we?

Photogallery of native orchids in Switzerland: 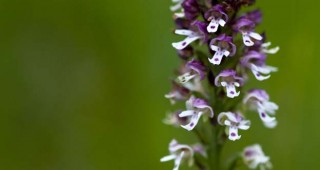 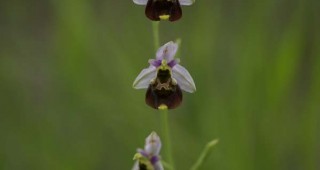 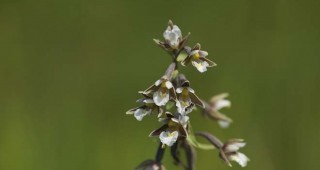 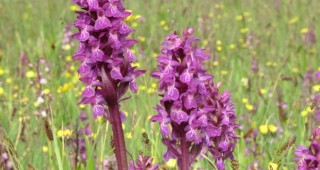 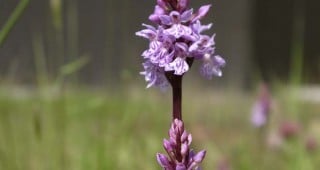 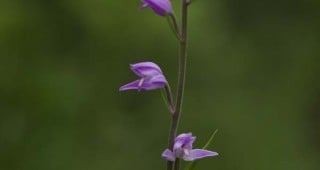