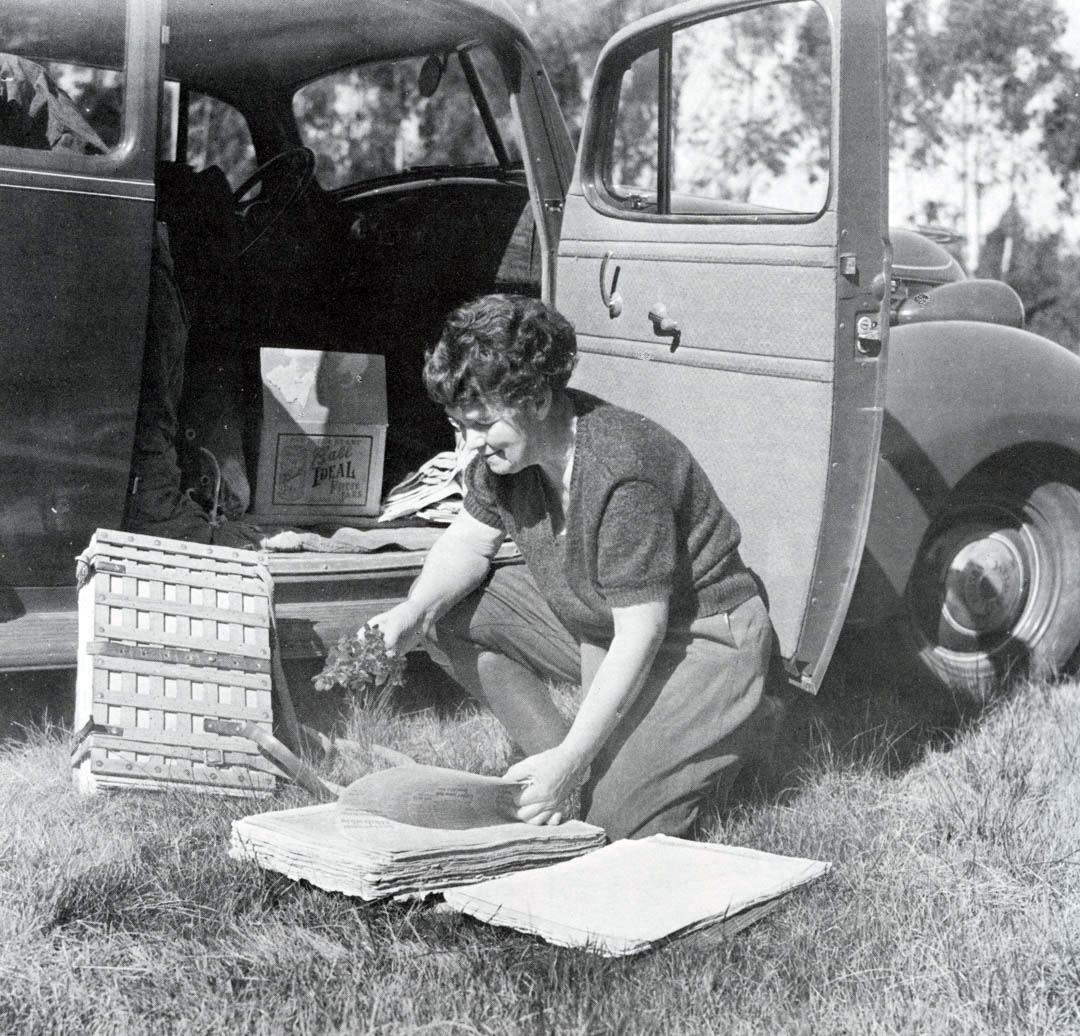 Lester Rowntree (1879-1979) pioneered the study, propagation, and conservation of California native plants. Through hundreds of magazine and journal articles, two critically acclaimed books, and uncounted public lectures, she shared her vast knowledge of California and the West. The only way to truly understand native plants, she believed, was to live with them for weeks at a time in their natural surroundings.

Many saw Lester as a kind of mountain mystic. She was both a free spirit and a recluse. At age 52, she traded a comfortable California home life for an uncertain, peripatetic, hand-to-mouth existence. Because of their similarities, Lester is often described as a female John Muir, who also worshipped on Sierran peaks, bathed in their streams, and lived for months in the mountains on beans and bread. Like Muir, Lester brought to the public consciousness both the beauty of nature and the need for environmental conservation. In her words:

“The best places of all were in the high mountains, where I knew no one was camping above me. I used to love sleeping at the edge of snow banks during thaw time to watch the alpines open with the rising sun.”

From her earliest field seasons, Lester voiced alarm over the threats to California’s native flora. For example, in 1936 she wrote: “I began to notice that wherever man settles down the wildflowers disappear. Industries, new roads, the irrepressible real estate ‘developments’ and the spread of agriculture crush or crowd them out. Rescue work must and should be done if some of California’s most precious species, even genera, are to survive.”

Because of her concern, the conservation of wildflowers became central to her activities: “Conservation must not stop at preventing a plant from being destroyed in situ. A plant’s native health, these days, has a way of disappearing from beneath it.” Lester’s preferred strategy for preserving native plants was to protect them in place. If that was not feasible, she advocated setting aside nearby land for native plant sanctuaries. Collecting the plant and its seeds, however, was preferable to the bulldozer. “I wish there were a word one could use instead of the acquisitive-sounding ‘collecting’ which has such a vampirish and predatory ring. Intelligent collecting is a conservation measure; indeed the work is legitimate only when done with knowledge and forethought and when the motive is the preservation of the plants themselves.”

Few would question that Lester’s prolific writing had a great influence on the botanical and horticultural worlds. Besides her two books, Hardy Californians (1936), and Flowering Shrubs of California (1939), both of which were well received, she also published over 700 articles, book reviews, commentaries, and garden columns, reaching audiences worldwide.

Lester’s motivation for writing was twofold: to promote knowledge and conservation of California flora and, more pragmatically, to generate income to sustain her “lady-gypsy” life, since [her] seed business was never a financial success, and garden consultations were few and far between. While Lester lived what many considered a romantic, even carefree life, she also endured financial uncertainty, enforced frugality, and, often, grinding hardship. Lester herself would have been the first to admit that some of her articles were written more for the pocketbook than from the heart.

Remarkably, though, Lester rarely talked about her writing. Never did the family hear about the hundreds of articles she authored, nor about the agony of authoring or the enormous amounts of time spent on drafts and revisions, and we never heard a word about royalties or payment. And while we certainly knew her books and were always proud to find her name in library catalogs, our family had no idea that she was publishing hundreds upon hundreds of articles.

Lester did much of her writing on the move and in the field. Notepads and other writing tools were positioned in a basket next to the driver’s seat, and it was not uncommon for her to swerve abruptly off the road to write something about a plant just observed through the windshield. If the roadside was not inviting, she drove one-handed while scribbling notes with the other. An integral part of her luggage was a small portable desk that she used in the field for more extended writing sessions.

More clues to her writing habits are to be found in the archives of the California Academy of Sciences. Here one sees the progression of field notes through three iterations. They begin with rough notes scribbled in Lester’s personal shorthand, often on the back of stockpiled Bank of Carmel deposit slips, which she favored for their handy size, then progressed to more carefully written and expanded longhand notes, and, finally—in some but not all cases—to typewritten versions. These field notes also contain draft passages that ultimately appear in published articles. Her good friend Jim Roof, one of the few people she allowed to accompany her in the field, said that to his mind, the secret to Lester’s lively writing was that she did so much of it while in the field, in the presence of the plants she wrote about or in some favored landscape, which infused her with the inspiration and energy of being in nature.

ln 1949, when Lester was 70, a series of fires ravaged her life by destroying her seed collections, the nursery house with its hundreds of potted plants, and, perhaps most devastating, the writing studio that contained her field notes, journals, photographs, and several manuscripts in progress. The latter included a half-finished book on California trees.

After the fires, during the 1950s, Lester wrote four children’s books: Ronnie (1950); Ronnie and Don (1953); Little Turkey (1955); and Denny and the Indian Magic (1958), all published by Viking Press. In many ways, this activity was a natural extension of the lifelong pleasure Lester received from children’s company, for she had unending respect for their intuitive love of plants and natural history:

We oldsters are leaving the young an awful mess, and in order to cope with it they need to learn the truth in nature. They are getting too much classroom work and not enough living with the real thing. The only way to do this is to get out and on one’s own legs. The happiest days of my life were when I left my car, with a carrot and some chocolate, and took off for a day’s hike into the wildest places I could find. Such should be the heritage of every child, but we need to catch them young to plant the seed.

During [her] last decades, Lester was recognized by numerous plant conservation organizations for her contributions. In 1965, with the founding of the California Native Plant Society (CNPS), Lester was appointed lifetime honorary president. In 1971, she was honored by the American Horticultural Society for her work in preserving California native plants; and a similar award was given her in 1974 by the California Horticultural Society.

On the day of her 100th birthday, as we stood by her bedside, Lester received a congratulatory telegram from Queen Elizabeth of England. Earlier in the day, a similar note from President Carter had brought no reaction—only the continued silence that characterized her last weeks. This message from the queen, however, aroused her interest. After we read it to her several times, Lester stuck out a frail hand, shaking it impatiently to demand we pass along the telegram so she could read it herself, even though there was no eyesight left in her failing body. She perused it carefully, reading and rereading it in her own way. Then, after letting the telegram fall from her hand, Lester finally broke her silence and uttered her last words—“There!” she said with resounding emphasis. “There!” 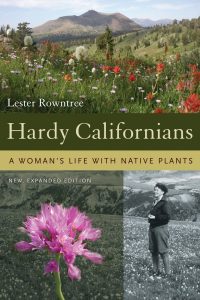 This article has been adapted from an introduction written by Lester’s grandsons, Lester B. Rowntree and Rowan A. Rowntree, for the 2006 edition of Hardy Californians, published by University of California Press.