Tending a garden is a constant education. Likewise, whenever I visit a garden I always come away having learned something of value even if that garden is nothing like that of my familiar landscape in Seattle, Washington. Recently, four of us from Pacific Horticulture—Carol Moholt, executive director; Steve Gerischer, PHS board president; Andrea Testa-Vought, PHS outreach coordinator and board member; and me—all got together for an exciting couple of days of touring gardens and brainstorming with colleagues in Santa Barbara. The weather was foggy but pleasantly warm and spring-like. This PNW girl felt right at home in the maritime haze.

The Santa Barbara Botanic Garden 2013 garden tour, Cultivating the Wild: Native Gardens of Montecito, featured five remarkable home gardens of incredible beauty and sophistication built on a palette of California native plants.  We were all struck by how well each garden nestled within the context of the surrounding scrubby hills and bluffs above this scenic shoreline community. Landscape architect, Lane Goodkind, referred to it as “sitting lightly on the landscape.” Yet the strength of each garden’s design created very comfortable and human spaces within a largely wild environment. While the weather prevented us from taking in the dramatic views and ocean panorama, the fog lent an atmospheric intimacy, veiling the magnificent oaks and grassy meadows in gauzy light.

(Click thumbnail to start the slides, then toggle between shots with onscreen arrows or your keyboard) 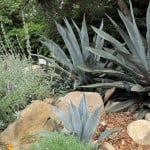 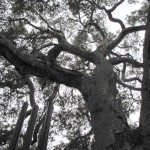 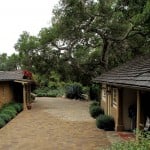 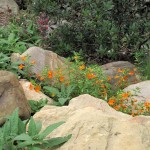 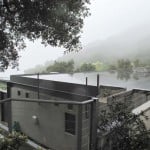 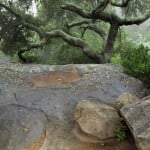 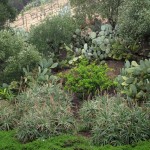 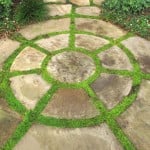 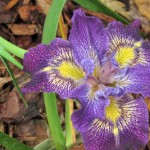 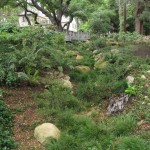 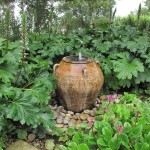 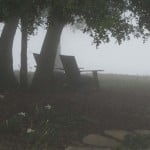 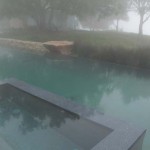 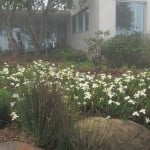 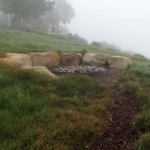 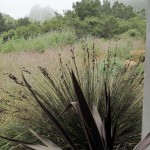 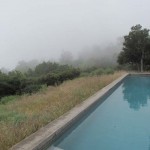 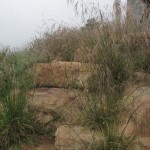 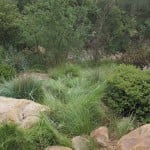 Meetings with Amy Blackmore, president of the Santa Barbara Horticultural Society, and folks at the Santa Barbara Botanic Garden generated several new partnerships and exciting events. Watch for announcements about upcoming tour opportunities and an exciting 1-day learning event with Santa Barbara area designers and plants people to be held in winter of 2014. And finally we wrapped up our coastal tour with a visit to Lotusland where Curator Virginia Hayes escorted us throughout the estate regaling us with stories of this dramatic landscape and astonishing plant collection. Walking through the jurassic-like cycad collection, towering cacti and palms, up a formal allée of venerable olive trees, or beneath a 100-foot long pergola laden with ripe lemons, it’s hard to escape the magic of Lotusland and the singular vision of Madame Ganna Walska. The cycad collection at Lotusland. Lemons trained on pergola at Lotusland. The cactus garden at Lotusland. A formal allee of venerable olives at Lotusland.

If all this has you thinking about a trip to Santa Barbara, check out this year’s Garden Lovers Tour produced by the Santa Barbara Public Gardens Partnership in celebration of National Public Gardens Day. Docent-led tours (morning or afternoon) include Casa del Herrero, Lotusland, and Alice Keck Park Memorial Gardens.