Zhongyu Sun (2014) and colleagues sought to understand the influence of community development on ecological memory, the remnants of an ecosystem integral to regrowth. They discovered that in a terrestrial forest ecosystem, in order to move from a disturbed landscape to the first stage of succession, a grassland, 46.5 percent of ecological memory needed to be in place. 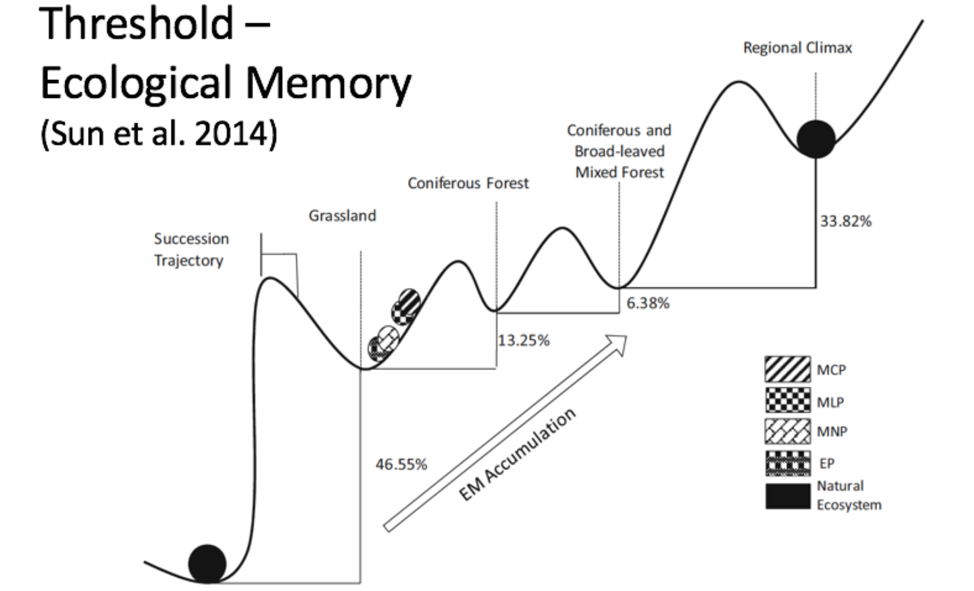 This figure is a ball-and-cup model demonstrating phases of ecosystem stability and community resilience for a forest ecosystem in China. In urban systems, backyard habitat is comparable to primary succession and would be represented by the first phase. The figure shows that natural systems would not begin until there is at least about 40 percent ecological memory.

Ecological memory accumulates non-linearly during secondary succession. The phases of community development labelled beyond the initial state are grassland, coniferous forest, coniferous, broad-leaved mixed forest, and regional climax forest. In this example, they represent successional stages of the subtropical forest. The positions of the balls in the valleys represent the restoration status and developing trend of the ecosystem. Succession in urban systems would be expected to undergo a similar progression of phases, with the first initial phase requiring the greatest accumulation of ecological memory before becoming resilient enough for community development to progress. Figure: Sun et al. 2014

Other examples of evidence of ecological memory can be seen in the two photos below. 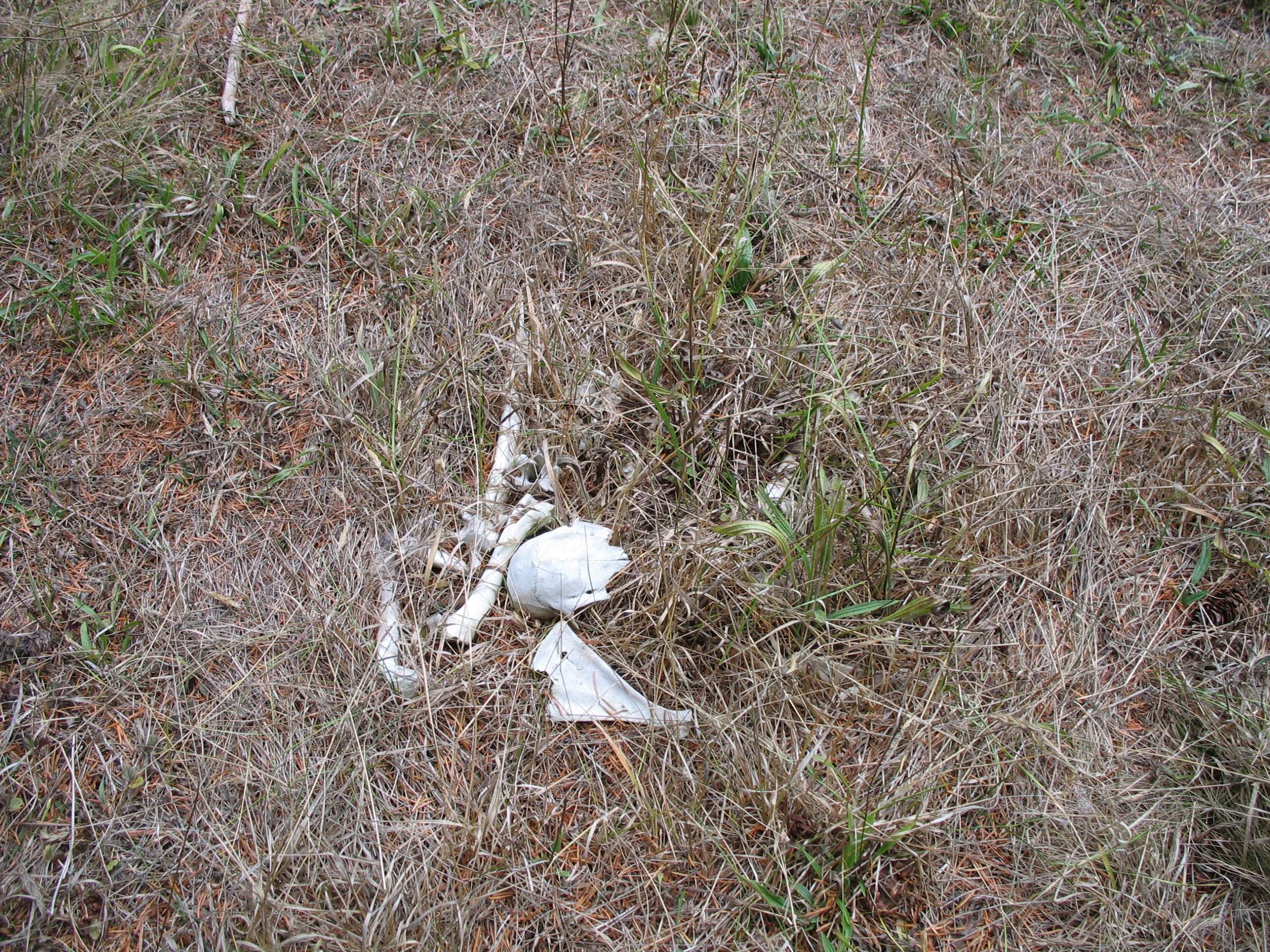 Skeletal remains of a fawn that had died in a field. The extra nutrients from the fawn’s body supported healthier growth of the grass which is seen here as green in color compared to the surrounding brown grass. 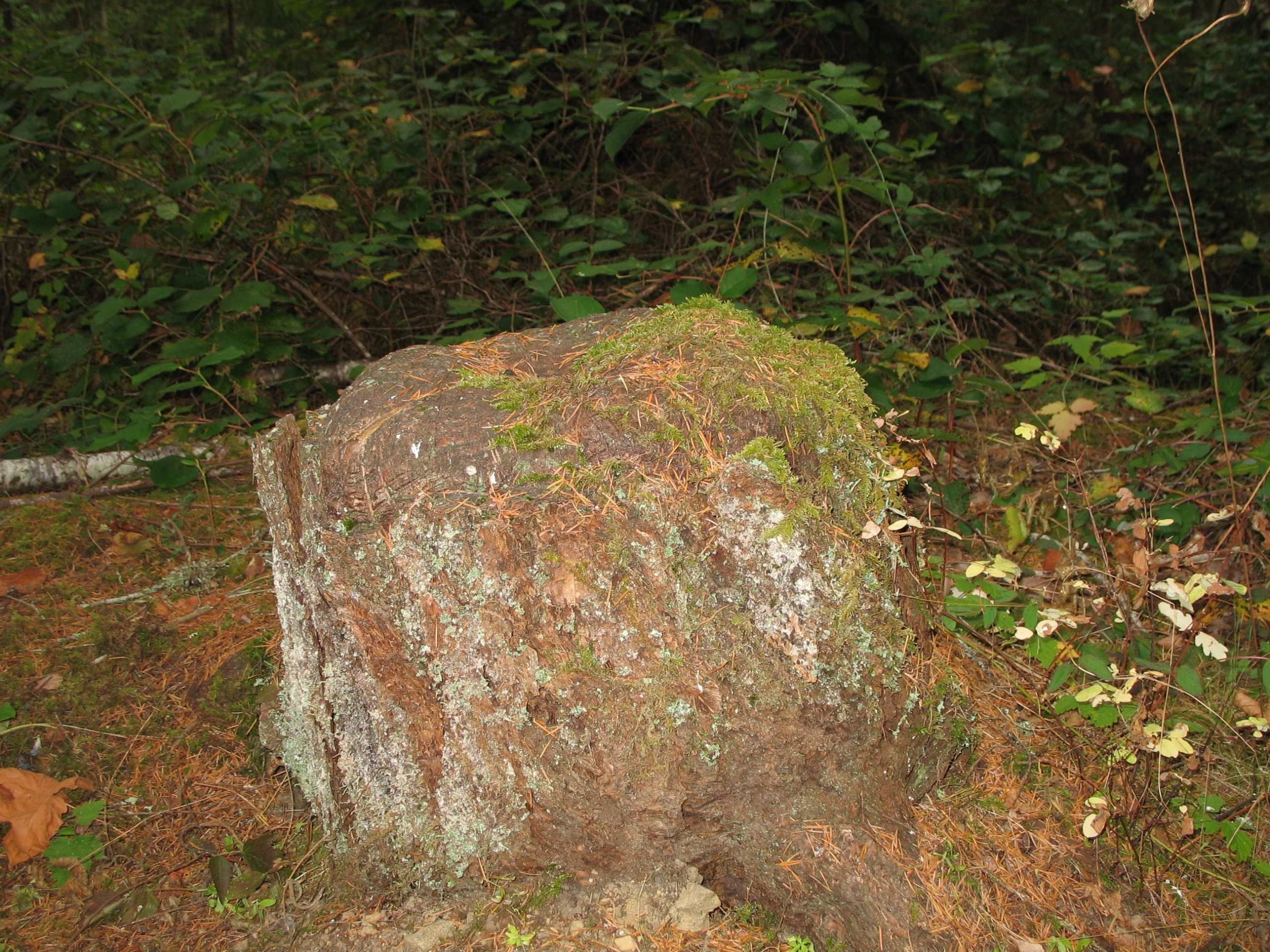 The top of this stump of a Douglas-fir (Pseudotsuga menziesii) is swollen from growth sustained by roots from other trees or the mycorrhizae associated with the roots of the tree when it was alive.