The Mediterranean climate of Andalusia, characterized by hot, dry summers, mild winters with variable rainfall, nearly constant sunshine, and rare frost, has much in common with the central and southern coastal regions of California. Thus, 14th century Spanish gardens and the role water plays in the landscape provide a model for modern California landscapes.

Click a photo from the gallery below to see larger images and captions: 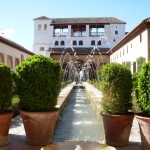 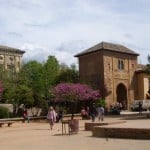 Paved and planted areas in an Alhambra plaza 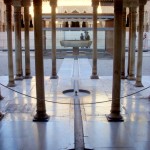 Put to practical and aesthetic use, water features are central to the design of the Alhambra. Here, several are featured in the Patio de los Leones. 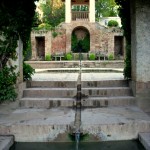 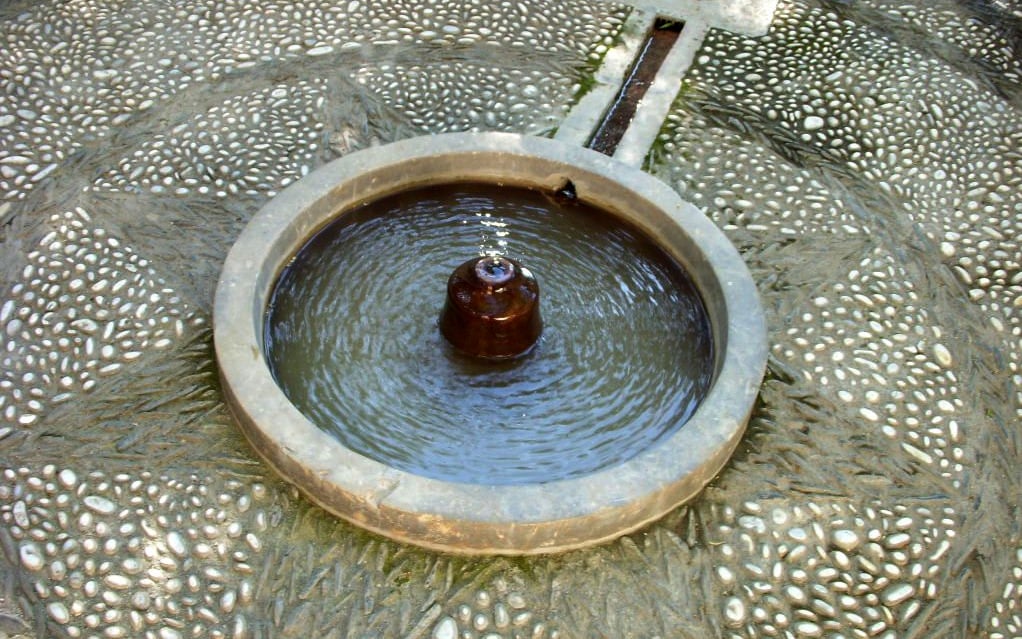 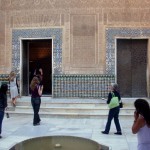 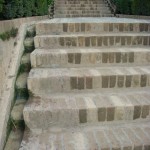 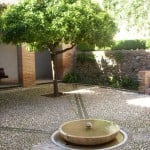 A bubbling fountain and the shade of trees help cool this Alhambra courtyard. 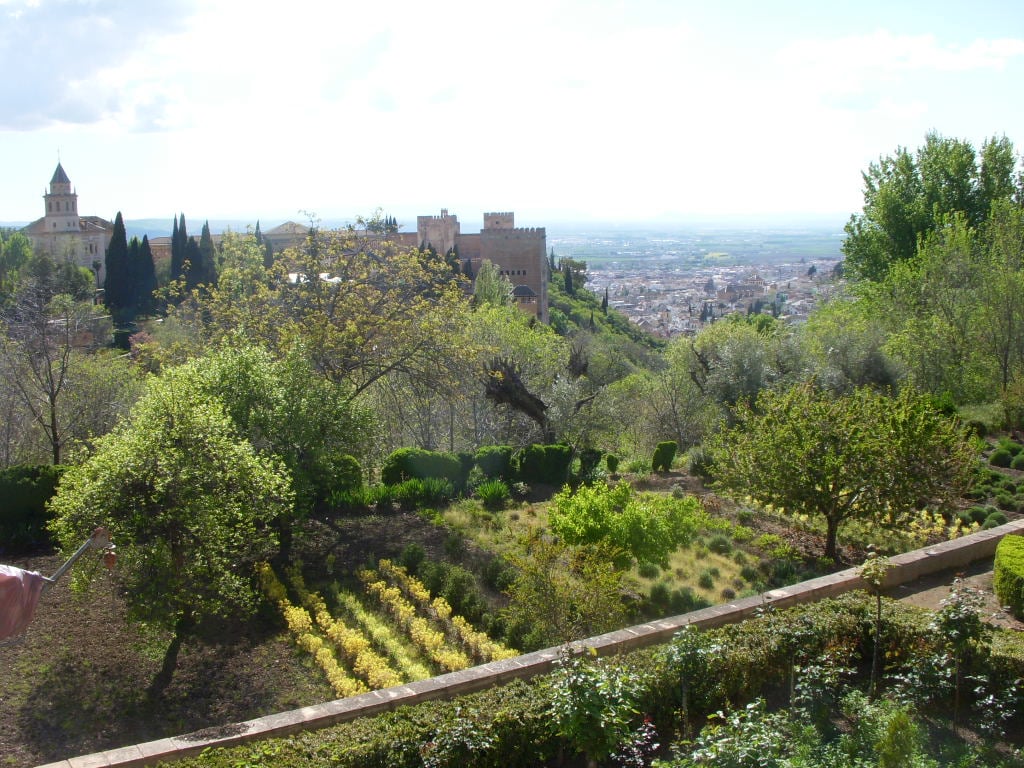 Terraced orchards outside the walls of the Generalife are filled with edible crops. 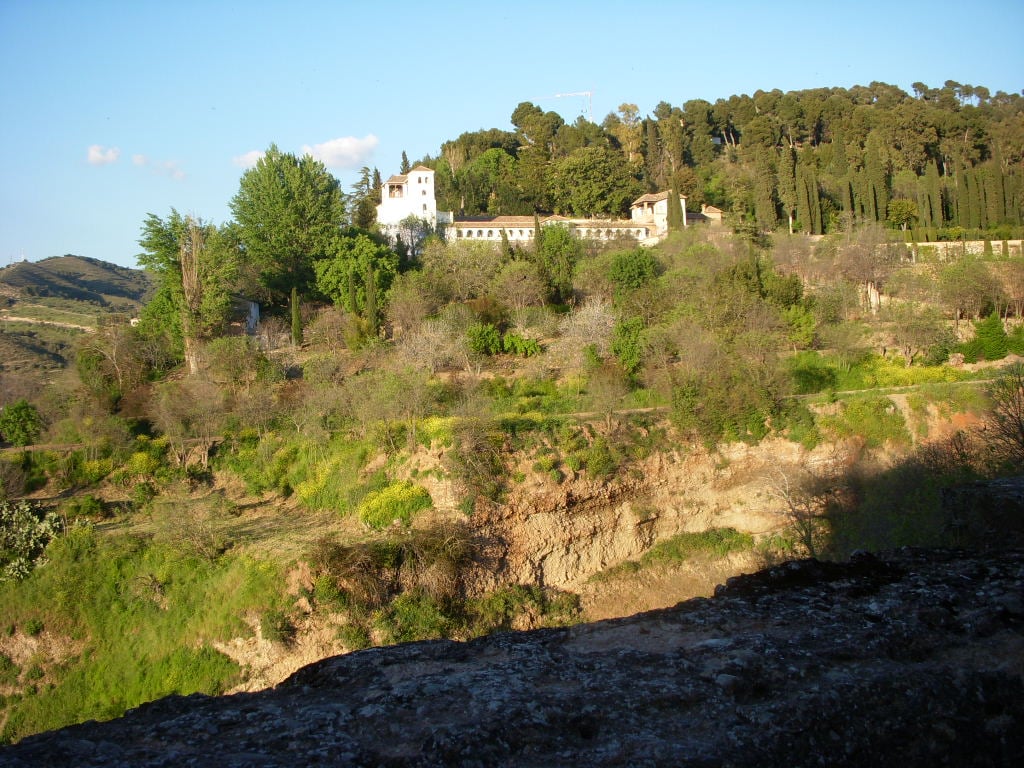 The native landscape outside the Alhambra remains naturally dry in contrast to the lush plantings within. 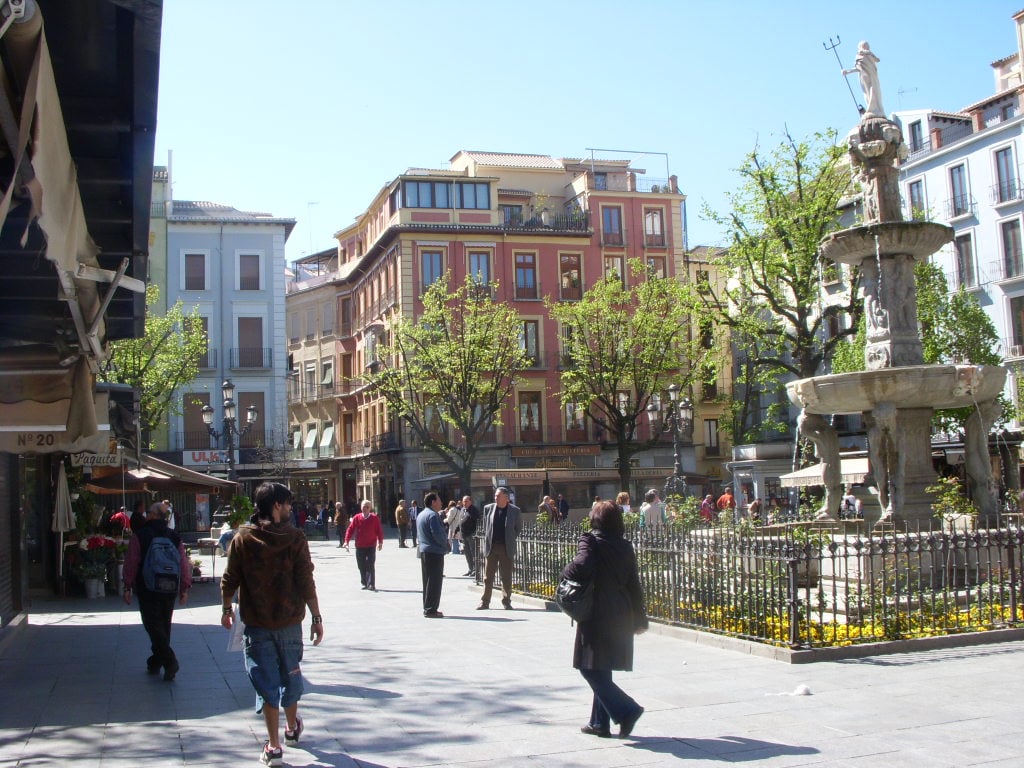 Lush pockets of landscaping set into a paved public plaza in Granada. 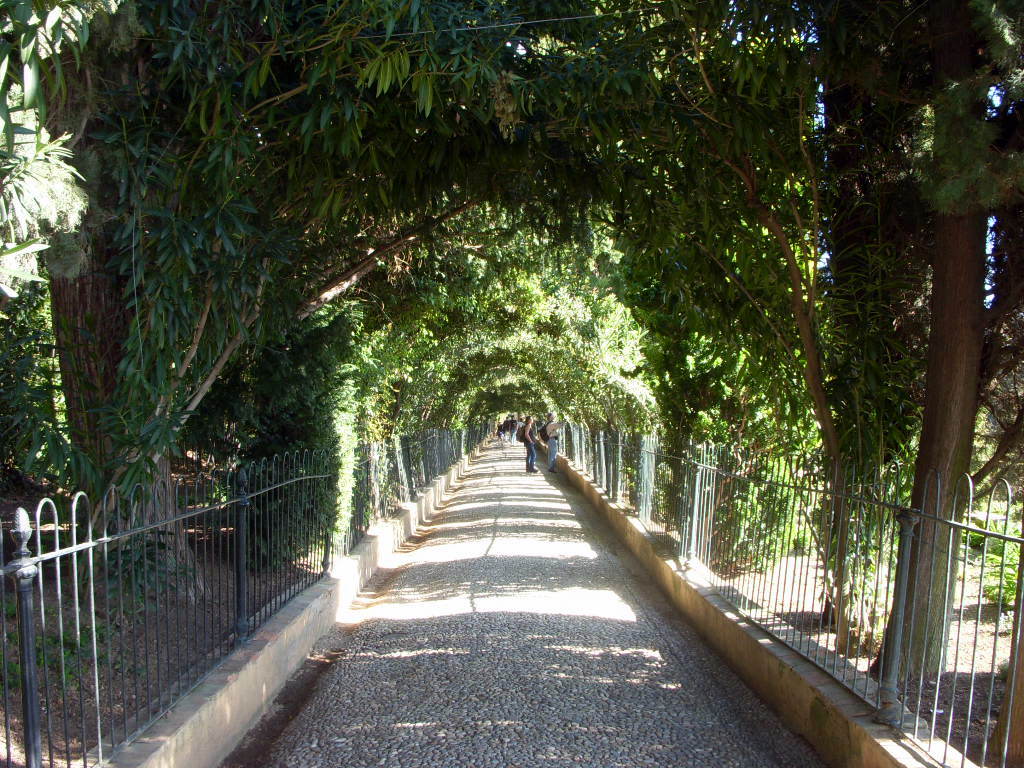 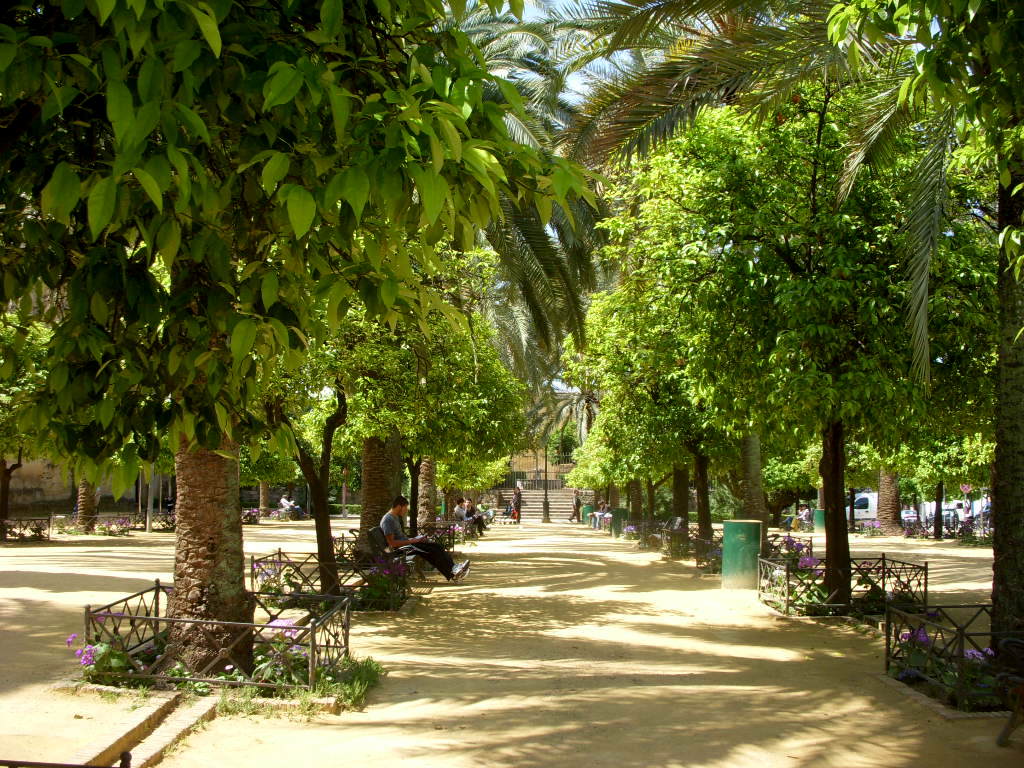 Cooling shade in a public park in Cordova, Spain. 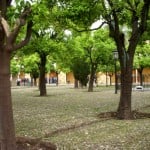 Runnels in the paved courtyard at the Mezequita, or Great Mosque in Cordova, direct water to trees. 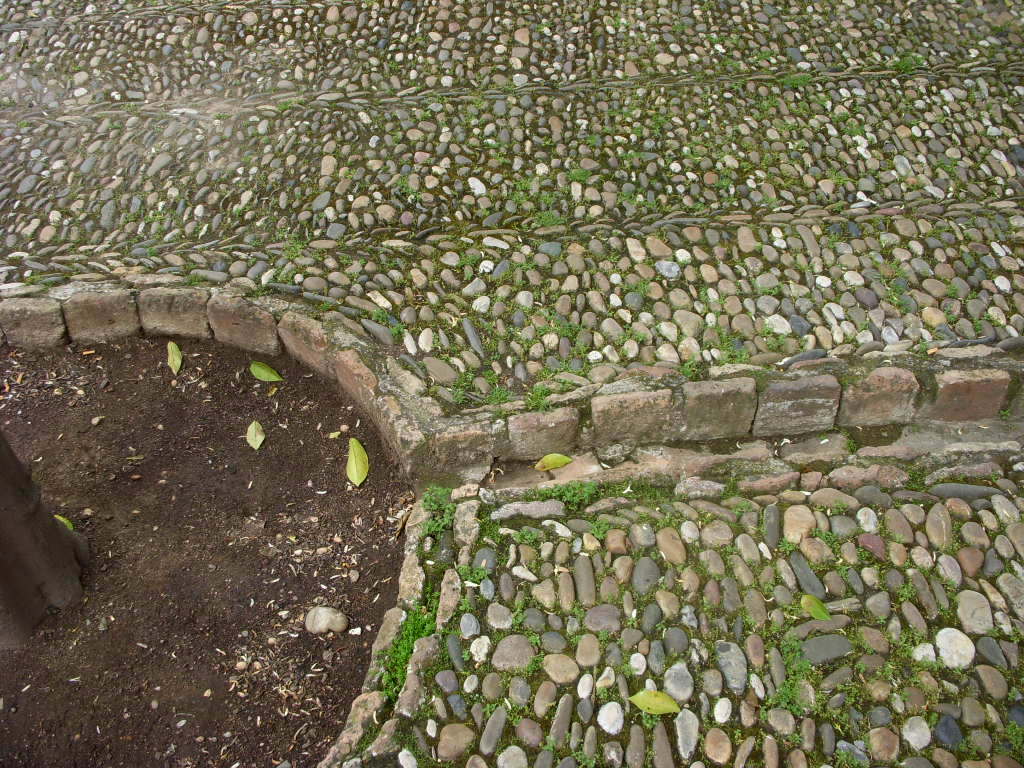 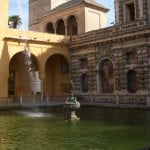 High point of the water system at the Alcazar in Seville, Spain. 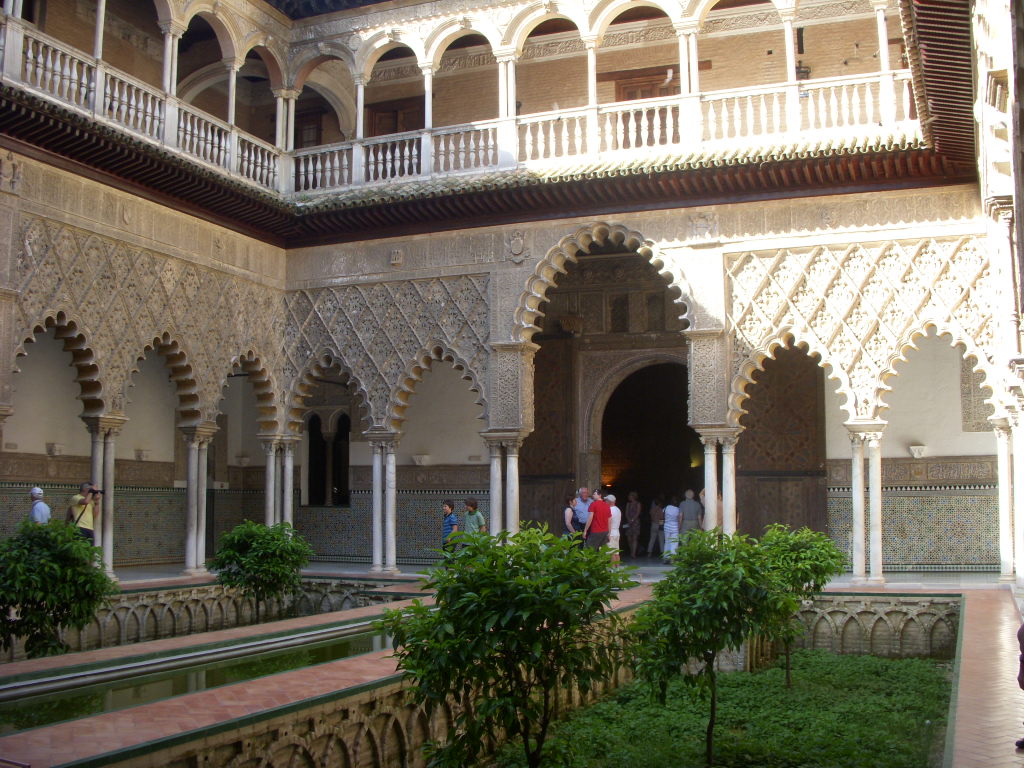 Recessed planting beds in the courtyard of the Alcazar in Seville. 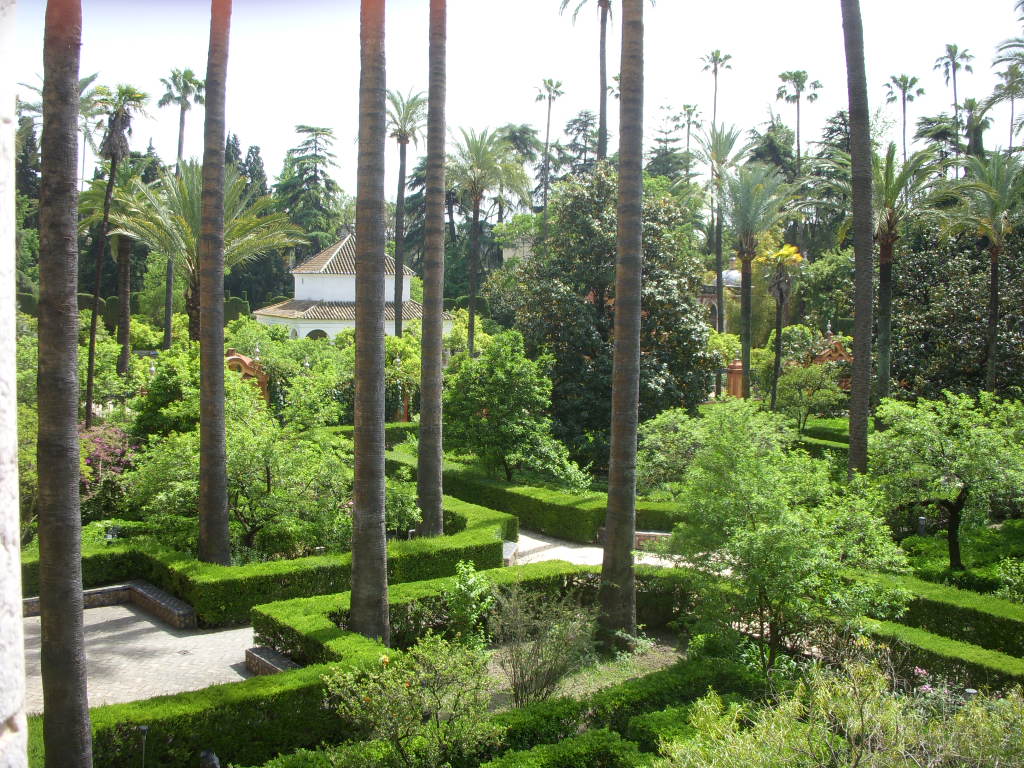 Tidy hedges contain lush plantings in the gardens at the Alcazar. 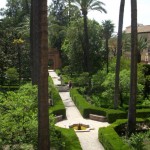 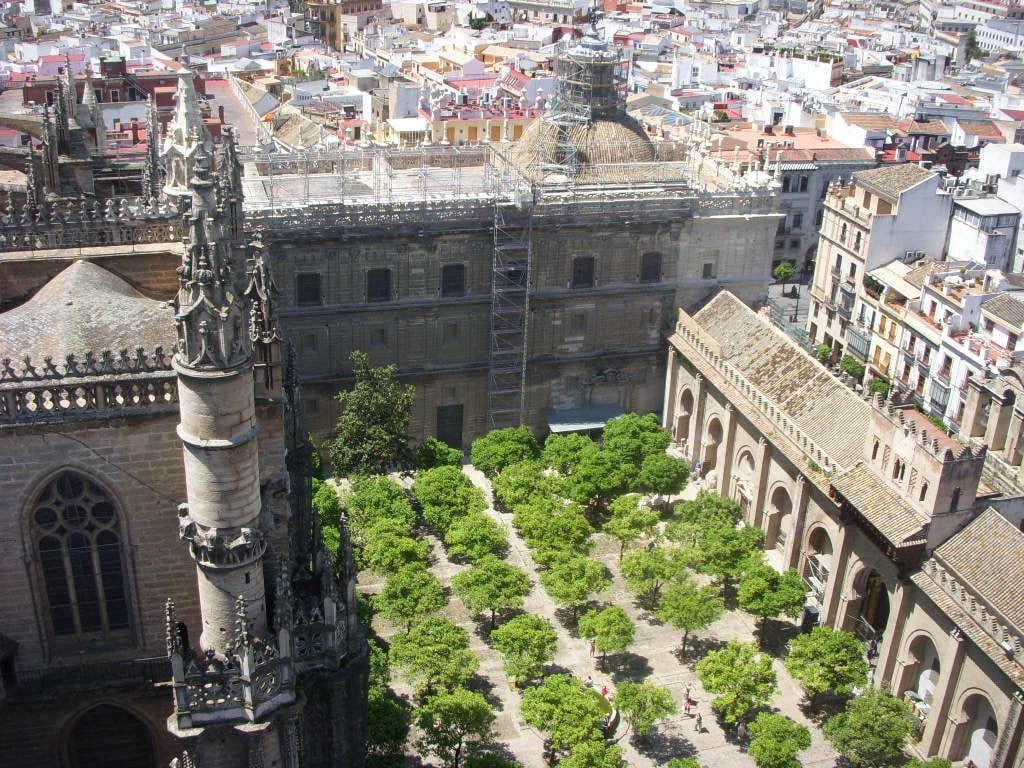 An orchard within the walls of a Cathedral in Seville. 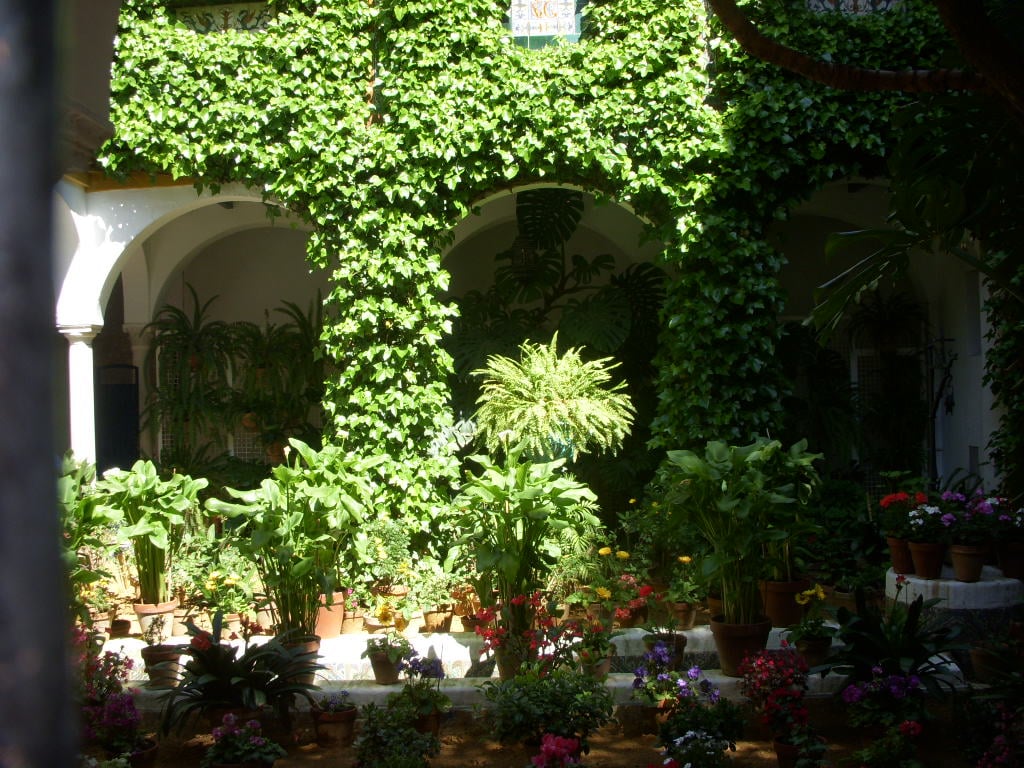 A carmen, or residential garden, is modeled after the idea of a contained orchard within an urban environment.