Apart from helping pollinators like butterflies and wild bees, the Butterflyway Project started in 2017 to explore the relationship between indigenous plants and native butterfly species.

In British Columbia, the City of Vancouver and Richmond sit on the ancestral and unceded territory of the Musqueam Indian Band. These are also the key locations for Butterflyway plantings in British Columbia in the early years.

In 2020, an agreement was reached between the David Suzuki Foundation and the Musqueam Indian Band to co-create an Indigenous Pollinator Plant Map. 160 Butterflyway Rangers planted native plants all over the Lower Mainland. With the help and support of Musqueam Archives Manager Jason Woolman, and Language and Culture expert Jill Campbell, the BC Buterflyway Indigenous Pollinator Plant Map, a beautiful artwork created by Musqueam artist Gracielene Ulu, was born.

Together with the Musqueam interpretation of the Butterflyway Rangers’ plantings, the map and the accompanying plant illustration by youth artist Valentina Pagetto, also showcase key Musqueam territories and names for native plants.

This map depicts a few of the many Musqueam place names throughout their traditional, ancestral and unceded territory. Artwork: Musqueam artist Gracielene Ulu.

Just over a year ago, the David Suzuki Foundation reached an agreement with the Musqueam Indian Band in B.C.’s Lower Mainland to collaborate to create a map of indigenous wildflowers. The map was inspired by the Butterflyway Project, which encourages volunteers to plant native plants throughout their neighbourhoods to support local butterfly species.

Created with support and guidance from a Musqueam working group, including archives and research manager Jason Woolman and Jill Campbell from the Musqueam language and culture department, the Indigenous Pollinator Plant Map depicts native wildflowers planted in the past few years. It was designed by Musqueam artist Gracielene Ulu. 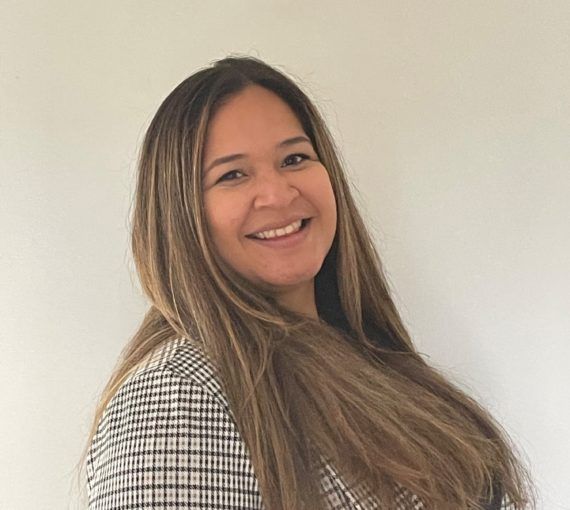 Grace Ulu is a young mother and artist. She is also the granddaughter of the late Musqueam Elder Arlene Point and Johnny Fraser from the Nanaimo Indian Band. Photo: Allyson Fraser

Ulu is a young mother and artist. She is also the granddaughter of the late Musqueam Elder Arlene Point and Johnny Fraser from the Nanaimo Indian Band. According to Ulu, “Butterflies are delicate and uniquely beautiful. When my daughter Suliana became intrigued about pollination, her love grew further for butterflies. Suliana’s love of flowers and wanting to start a home garden, so she could see different butterflies, inspired me to design this map.”

“Butterflies could see ultraviolet light. That became the theme behind my design by choosing to use vibrant colours while still honoring Coast Salish art elements and culture.”

Ulu said her design is inspired by both science and culture. “Butterflies could see ultraviolet light. That became the theme behind my design by choosing to use vibrant colours while still honoring Coast Salish art elements and culture.”

“The tall grass is to represent Musqueam, the flowering plant məθkʷəy̓, which grows in the Fraser River estuary. Stories have been passed on from generation to generation that explains how we became known as the xʷməθkʷəy̓əm — People of the məθkʷəy̓ plant. I’ve also included a few more indigenous plants such as, spe:nxʷ, (blue camas) on either side of the map, as well as the cackʷalǝs (goat’s beard) plant, for their healing and nurturing abilities. You will also see at the bottom, qeθəɬp (ocean spray), which not only attract the swallowtails, but the branches were used to make tools. t̕eqeʔ (salal berries) are included for their vital nutrients from the berries but the leaves could also be made into teas.”

For Ulu, working on the Indigenous Pollinator Plant Map also allowed her to look inward to her own family history and the intergenerational influence that has made a mark on her artwork.

“Our sniw̓ (teachings) are part of who we are. One of the reasons I chose to include the mourning cloak butterfly was not only for the təməɬ (red ochre) colour, which is traditionally a colour made from iron-rich clay, but more so that although my grandmother is no longer with us, I keep our sniw̓ (teachings) close to my heart and cherish what she’s taught me.” 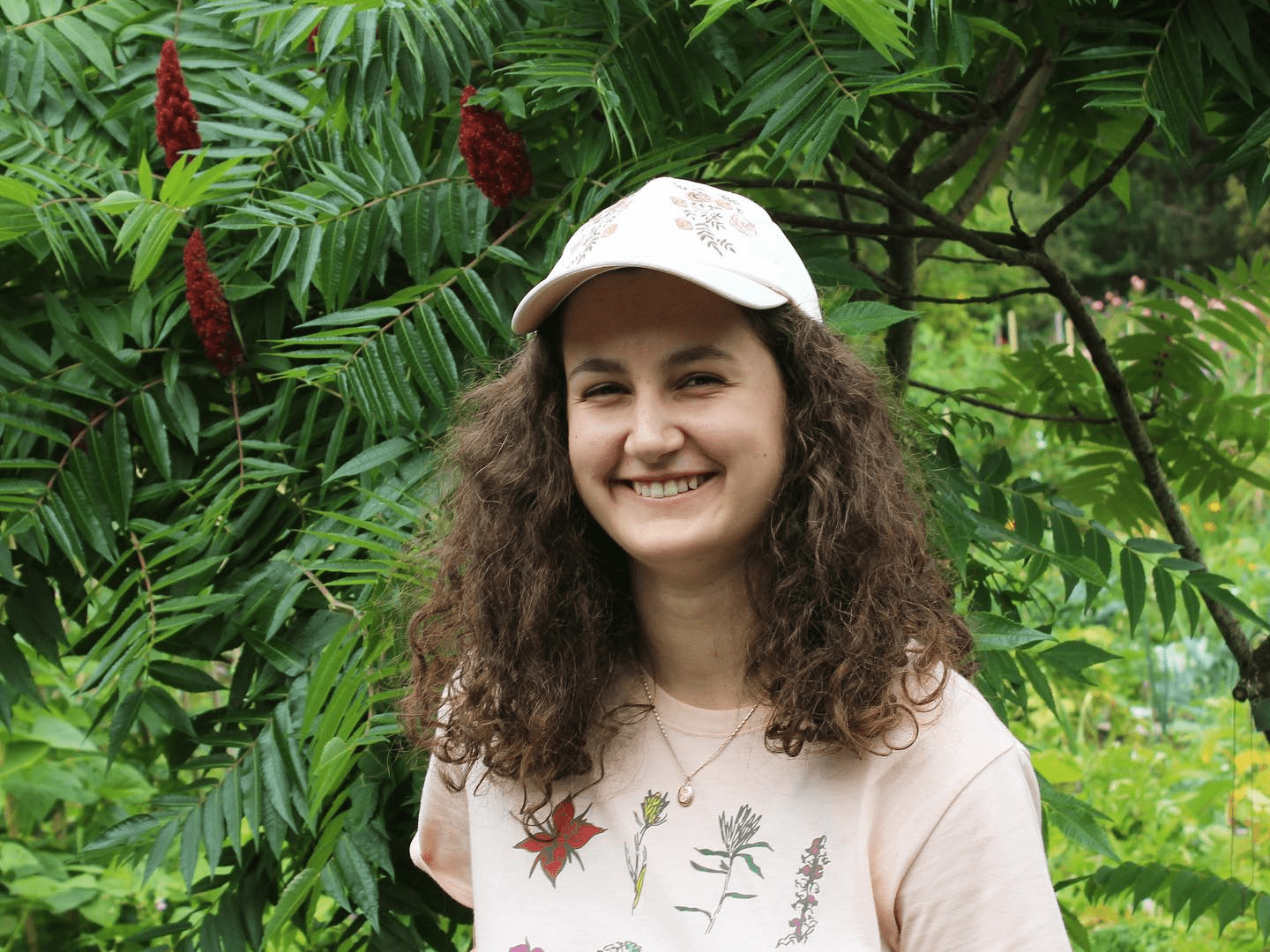 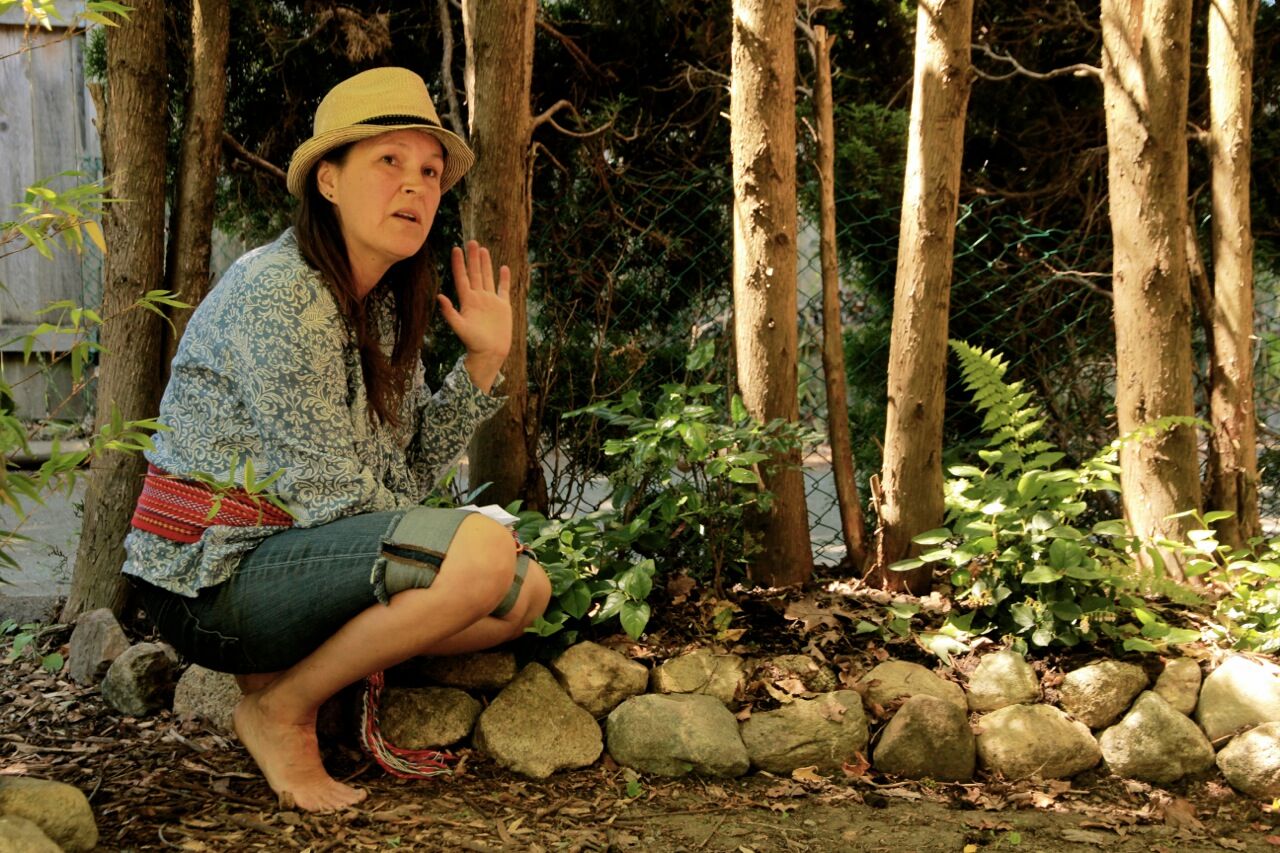 Butterflyway Ranger Lori Snyder is an indigenous herbalist and educator with a deep knowledge of wild, medicinal, and edible plants that grow in everyday spaces. Through Lori’s eyes, our immediate surroundings take on a new life and offer a wealth of untapped nutritional and ecological resources. Photo: Dana Wilson

“It was an honour to work with Lori Snyder and the Musqueam Nation to communicate traditional Indigenous teachings through these illustrations,” Pagetto said, adding they hope the native plant illustrations would help “encourage others to connect with this land outside of colonial institutional contexts and to head outdoors to forge personal relationships with the native plants around them.” 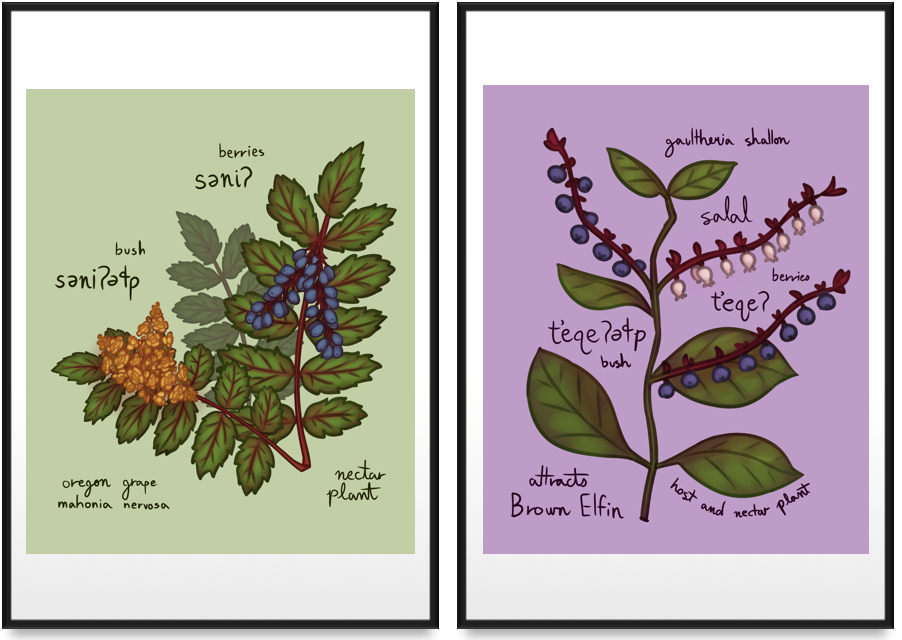 ‘Butterflies are unique and have an ability to transform with beauty and grace.’

Pagetto and Ulu both agree artistic creation can help bring us closer to nature, and butterflies are the centre of this exciting movement.

“Butterflies are unique and have an ability to transform with beauty and grace. This Indigenous Pollinator Plant Map will guide us and remind us that our ancestors live within us, to help us find balance and to respect and honour our land, through the Butterfly view,” Ulu said.

Special thanks to the Butterflyway Rangers, who planted native plants in 160 locations throughout the region since 2017. This formed the basis of the map, with guidance from Rangers Selina Pope, Carol Both, Lori Snyder and Anne-Marie Fenn.

All the Musqueam translations in the map and the plant illustration belong to the Musqueam Indian Band. The Butterflyway Project and the David Suzuki Foundation are grateful for the generosity the Musqueam team has provided us during the past year.

Used by permission of the David Suzuki Foundation