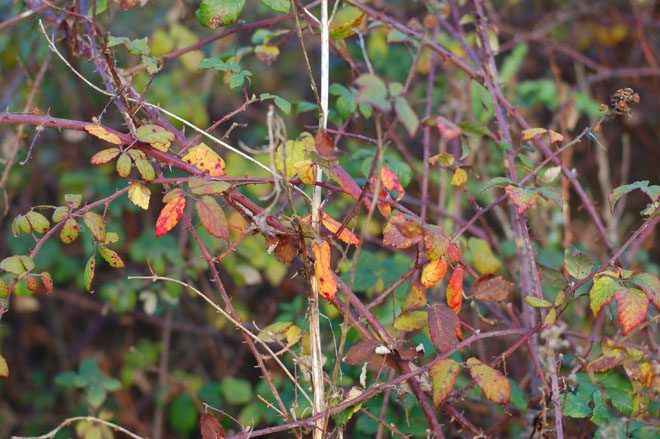 I don’t usually read obituaries, but noticing one about a woman who died in her garden, I thought—that’s how I want to go. The obituary noted that the woman’s garden had always been a retreat for her and so, when it truly counted, her garden did not fail her.

When I was younger, with children still in school, an uncommunicative husband, and an unfulfilling job, the garden was my retreat where I labored on weekends. It offered shelter, refuge, departure, or all three at once. From the deck at the rear of our small house, I regularly circled a path that looped past two old apple trees, out to a pear tree, around a vegetable patch and an abandoned chicken coop, to an almond tree, a bank of irises, and a fragrant mock orange before ending up back at the kitchen door. Family problems receded, replaced by thoughts of how to keep snails from destroying the flowers and what to do with all that ripening fruit.

Years later, with the children grown to the age I once was and the husband no longer mine, I retreated to Fort Bragg on the Mendocino coast and set to restoring a large, overgrown garden.

One winter, a series of January storms turned the back garden into a swamp, leaving me as bedraggled as the yard. Slumping into my armchair with a mug of fresh coffee, a gardening book in my lap, I thought about the many earthy problems I’d dealt with since moving into this house. An artful landscape was evolving, but a moment of lapsed attention could dissolve it back into a habitat of crabgrass, wild radish, sheep sorrel, and other colorful weeds with their own personal growth agenda. I’d plant things in the spring only to rediscover them in the summer, forgotten under a mat of grass and weeds. Voles, moles, Jerusalem crickets, and snails feasted on plants I had put in the ground with hope.

My efforts to restore neglected plants, some almost dead, planted years back by the former owner, conflicted with a reckless desire for new ones. I bought young, gallon-size trees and shrubs to stay within my budget. I’d enjoy them through their youth and not worry about how big they’d grow in the future, beyond my lifetime. 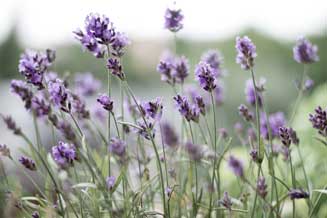 Lavender was a favorite. I knew it would thrive even if overlooked and left to itself. The soil was sandy in this new garden—watering was a little like pouring water into a colander, but lavender likes good drainage and hard times.

Sipping coffee, my book forgotten, I thought about how I kept digging up evidence of the past: a piece of broken plate, the lid to a teapot, bricks from a buried path, a doll’s shoe. Every planting hole was a gamble. Many times, my shovel hit rock. If I was lucky, it was a small boulder; if not, a thick piece of iron oxide hardpan too hard to break through. In one part of the garden, under the hardpan, my shovel slid into gray, wet clay. Sometimes I’d hit a piece of asphalt, old street paving dumped here because—who knows why?

To make more room for planting, I pruned back a huge patch of blackberries. As I cut away the thorny branches, a roll of chicken wire appeared. A neighbor drove his truck into the yard and, using a chain, pulled out another five rolls of wire and a buried roll of carpet. Further clipping revealed two tires and an office chair.

My enthusiastic clipping ensured that not a single blackberry vine remained, but now there were many new brush piles. Over the ensuing weeks, sifting through each pile in turn, I dug out any piece of vine that looked like it had a spark of life in it and disposed of it in the weekly trash pickup. One afternoon, as I pulled green stems from a particularly wet pile, an animal jumped out. I bent down to look. It jumped again and there it was, a tiny puffball of a mouse, but unlike any mouse I’d seen before. It sat staring at me with its large black eyes; I stared back.

A bit of research identified it as the western harvest mouse, often confused with the jumping mouse, which has a longer tail. This one eats seeds and fruit and uses shallow burrows made by its close relative, the California meadow mouse—commonly called voles. Voles eat grasses, gnaw on roots, and add misery to the life of a gardener. I noted plenty of vole holes.

I left the harvest mouse’s pile alone and raked the others into a large mound. I dumped weeds and other plant stuff pulled from the garden on top, leaving it to decompose into compost. In the meantime, I monitored the old blackberry patch because, like ex-lovers who can’t let go, blackberries kept popping up. I read they like to migrate each year to new territory; I wished they would pack up and leave. Constant vigilance was part of gardening, as I worked to keep the landscape looking natural but civilized—literally whacking it into submission.

A garter snake raced from a stack of leftover wood. Was it feasting on moles that tunneled the garden in early spring, leaving behind lines of mounded dirt as they foraged for insects and grubs and, unfortunately, the occasional root a few inches below the surface? I had to admit, weeding was easier in the plowed-up earth left behind after a mole’s digging. I hoped that resident snakes would keep busy controlling the expanding mole and vole population and not hunting a harvest mouse. 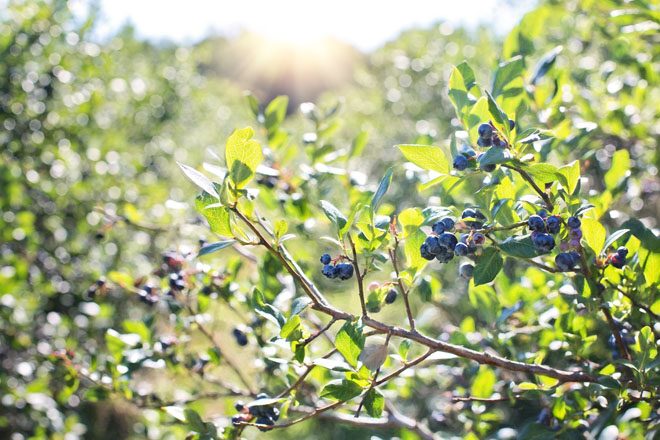 The demise of the blackberries meant I could buy more plants. Japanese maples, blueberries, rhododendrons, and abutilons for the hummingbirds, kept company with a camellia, which had been buried in the blackberries but now had light and space to bloom. My new garden was like a private park.

The pleasure gardens of the rich entertain them on their evening strolls—mine talks to me in the voices of its various imagined visitors. Like the foxgloves that appeared all on their own—“Not planted properly,” said the gardener. “They’re not natives,” whined the ecologist. “But pretty,” said the artist, examining each “glove” speckled with dark pink. “Natural source of digitalis,” mused the doctor. “Easy to grow,” announced the nurseryman. “Invasive,” grumbled the landscaper. “And ugly,” moaned the artist again, when the flowers gave way to a tall stalk of seedpods. “Successful invader of wasteland,” chirped the botanist. 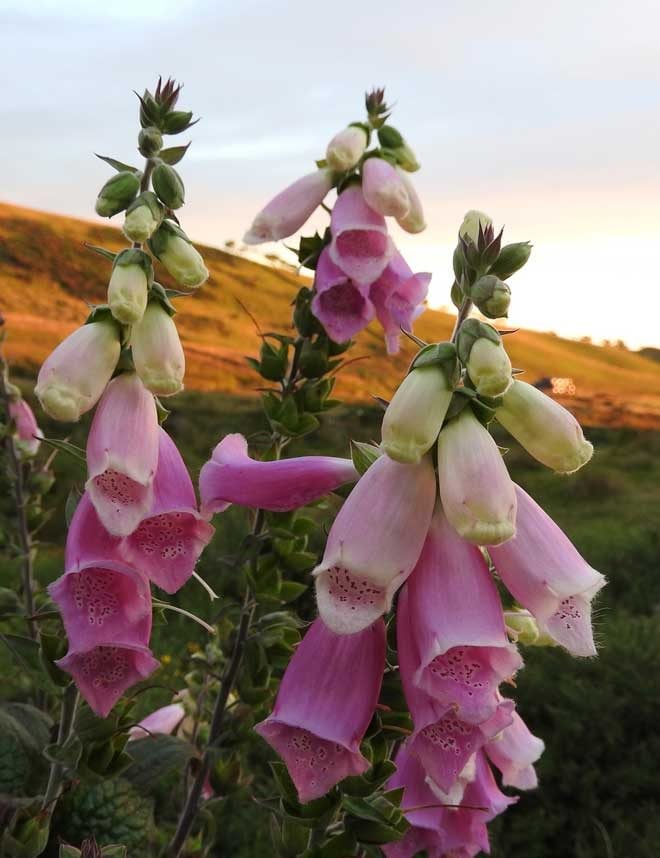 Setting down my now-empty coffee mug, I realized that the garden was not only serving my needs, but displacing the universe of a half acre of life: butterflies, moths, bees, snakes, beetles, birds, bats, ants, sow bugs, mice, dragonflies, and wandering cats—not to mention vegetation. By changing an abandoned, suburban lot into a garden, my quest for a personal retreat was evolving into a welcoming acceptance of the life around me, even though some of these animals had been put at risk, their habitats destroyed.

The sun was disappearing behind more rain clouds when I finally consulted the book in my lap, Sir George Sitwell’s On the Making of Gardens. A garden, he writes, “stands for efficiency, for patience in labour, for strength in adversity, for the power to forgive.”

Forgiveness: Would those displaced animals forgive me, I wondered, and what about the blackberries, not to mention my former lovers—or do they still hold grudges? Did I hold one against myself for not being the best mother in the world, not to mention my failure as a wife? This idea of forgiveness spiraled on and on. No wonder it took power to face it and put it into practice.

Sir George continues, “. . . we may find that it [the garden] stands for something more—one of the three things the Greek philosopher thought it lawful to pray for, hope to the dying.” Which reminded me of the obituary I had read. Maybe she, the gardener, fell asleep on a warm day, laying herself down like a spent tulip, and never woke up. Had she hoped for this kind of peaceful end to her life, as I did? Sir George must have thought this as well, for he writes, “it is death to sleep in the garden.”

A few days later I walked into town. Behind a white picket fence that supported a healthy rose bush a gray-haired, mustached man introduced himself as Charlie. I told him about the moles. “Use poison,” he said. He showed me a canister of gopher poison. “Just sprinkle some down a hole. The mole will eat it and die right there; then the next one along will eat it and die too.” A domino effect, I guessed, or a pyramid scheme. Charlie’s lips, below his thick moustache, took on a grim look. “Wash your hands afterward,” he warned.

Gardening is passionate work that draws on the emotions of both love and war, which are really not that far apart. At my stage of life, I welcome passion from whatever source, whether it leads to enhancement of a personal landscape or burial in it. But poison wasn’t part of my plan. I would leave the moles and voles to the snakes and cats, and let nature decide on my own day of reckoning. All I could wish for was that it would happen next to my favorite tree after it had grown tall enough to provide some welcome shade. The next owners wouldn’t find a kitchen midden full of indigestible metal and plastic, but rich compost and, underneath, my favorite coffee mug, stained, chipped, still fit for use by the next gardener addicted to caffeine.