Jeff Lowenfels (Lord of the Roots), is one of the most humorous and entertaining lecturers and writers on the organic gardening circuit. He is a reformed lawyer who went back to his childhood roots to become a leader in the organic gardening movement. He is the author of a series of award-winning and bestselling books, three of which have become bibles for organic growers worldwide, including Teaming with Microbes, Teaming with Nutrients, \Teaming with Fungi., and Teaming with Bacteria Lowenfels has also penned the longest running garden column in North America and was inducted into the Garden Writers of America hall of fame after serving as President. He is the founder of “Plant A Row for The Hungry,” a program which has resulted in millions of pounds of garden produce being donated to feed the hungry every year. He lives in Anchorage Alaska, where cannabis has been legal since 1975. www.Jefflowenfels.com 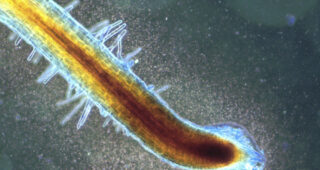