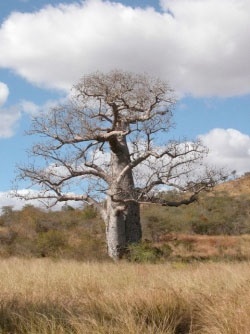 Isolated off the east coast of Africa, Madagascar is an extraordinary country and one of the world’s highest conservation priorities. Here, the proportion of unique species may be incomparable on earth—an evolutionary heritage of tremendous interest to travelers, botanists, conservationists, and scientists, alike. During our 18-day expedition, led by an outstanding Madagascar guide, we will explore reserves in diverse habitats, including Perinet and Mantadia National Park in the eastern moist montane rainforests; Lokobe Reserve on the island of Nosy Be, some of the last rainforest in the northwest; and renowned Berenty Reserve in the south, which edges the spiny forest with bizarre woody and thorny plants reminiscent of plants in the American desert southwest. We will also see a profusion of lemurs in these reserves, plus chameleons and countless birds unique to the country.

Our Pacific Horticulture Madagascar tour will be escorted by Steve Gerischer, a professional landscape designer and part-time teacher and lecturer, president of the Southern California Horticultural Society, and PHS board member.

Download a detailed itinerary of the Madagascar 2012 in PDF format.

NOTE:  An earlier Tour to Madagascar with the same itinerary (September 23 – October 10 now has limited space available due to cancellations. If interested in this tour call Betchart Expeditions.)