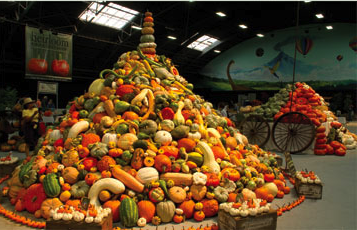 The National Heirloom Exposition is a not-for-profit event centered around the pure food movement, heirloom vegetables, and anti-GMO activism. The first annual event held mid-September, 2011, in Santa Rosa, California, drew more than 10,000 people from around the country and beyond. With more than 70 speakers and 250 natural food vendors, the event was the largest gathering in pure food history! The Heirloom Expo has gained incredible interest among home growers, farmers, school groups and the general public–so much so that it is being called the “World’s Fair” of the heirloom industry!

The second event is set for September 11 – 13 at the Sonoma County Fairgrounds.