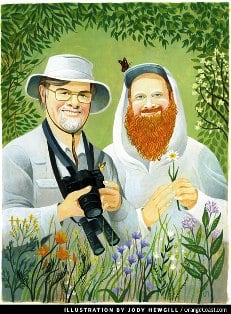 San Gabriel Mountains CNPS presents Mariposa Lilies of the Southern California Floristic Province, with Fred Roberts.  The mariposa lilies (genus Calochortus) includes about 70 species found in western North America from British Columbia south to Guatamala, with its center of diversity in California.  The mountains, foothills, and coastal regions of southwestern California and northwestern Baja California, Mexico, offer 15 species. The flowers of these bulb-forming perennials come in an assortment of colors and forms varying from the all white globe-shaped white fairy lantern (C. albus) to the brilliant orange of the desert mariposa (C. kennedyi), the reds, whites, and yellows of the butterfly mariposa lily (C. venustus), and the Weed’s mariposa lily (C. weedii). Some species are widespread, others are included in the CNPS Inventory of Rare and Endangered Plants because of rarity or threat. Fred Roberts gives us a tour of this delightful group of wildflowers.

Fred M. Roberts, author of Illustrated Guide to the Oaks of the Southern Californian Floristic Province (1995) and co-author of Wildflowers of Orange County and the Santa Ana Mountains (2013) has been working with native plants since high school. He was the assistant curator of the Herbarium at the Museum of Systematic Biology at U.C. Irvine for nine years, worked as a botanist with the U.S. Fish and Wildlife Service, primarily adding species to the endangered species list, and has spent the last 16 years as an independent botanical consultant, author, and artist. His specialties include the flora of Orange County, oaks, lilies and their relatives, and rare plants of southern California.