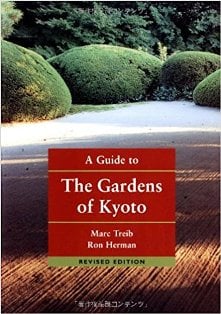 Landscape architect Ron Herman’s design portfolio includes many of North America’s largest and most intricate private gardens. He has created more than four hundred full-scale garden designs in his thirty-five plus year career in landscape architecture. Although he began his studies at the University of California at Berkeley — studying under noted landscape architects Garrett Eckbo and Lawrence Halprin – his graduate studies in Kyoto proved to be profoundly influential in shaping his design sensibility. Ron taught all areas of landscape architecture at the University of California in Berkeley, including Japanese garden history, for twenty years, leaving in 1988 to again concentrate on residential design. His approach to design involves manipulating space and perspective to create a feeling of expansiveness. In addition to the private garden of Oracle co-founder Lawrence Ellison, Ron has worked on residential projects for Joe Montana, Neil Young and numerous other sports, entertainment and tech personalities. In the area of public landscapes, he completed the Oracle Corporation World Headquarters in Redwood City, CA, and designed the East Wing garden at the National Gallery in Washington D.C. Although famed for his mastery of the Japanese form, his current projects employ a broad range of style and invention.  He has kept close ties to Japan, visiting frequently on several research grants and maintaining fluency in the language. Ron has authored numerous papers on Japanese garden design and co-authored, with Marc Treib, A Guide to the Gardens of Kyoto, often noted as an authoritative text on Kyoto’s historic landscapes.