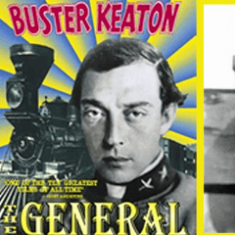 In addition to Garden lectures and exhibitions that reflect on the 100 year history, Filoli will be presenting new and exciting events and programs that allow members and guests to access the Estate in new ways including a grand Gala that will showcase the Gardens in a new light.

Have you ever wondered what people did a hundred years ago for fun? When the Bourns built Filoli a century ago, people went to see silent films—they were very popular with their cutting-edge technology! And now, in celebration of Filoli’s Centennial, we invite you to watch as the magic of silent films, accompanied by pianist Frederick Hodges, moves across the screen.  Join us for an evening of silent film featuring Buster Keaton’s dramatic comedy “The General,” considered to be one of the greatest films ever made, accompanied by pianist Frederick Hodges on Filoli’s grand piano.